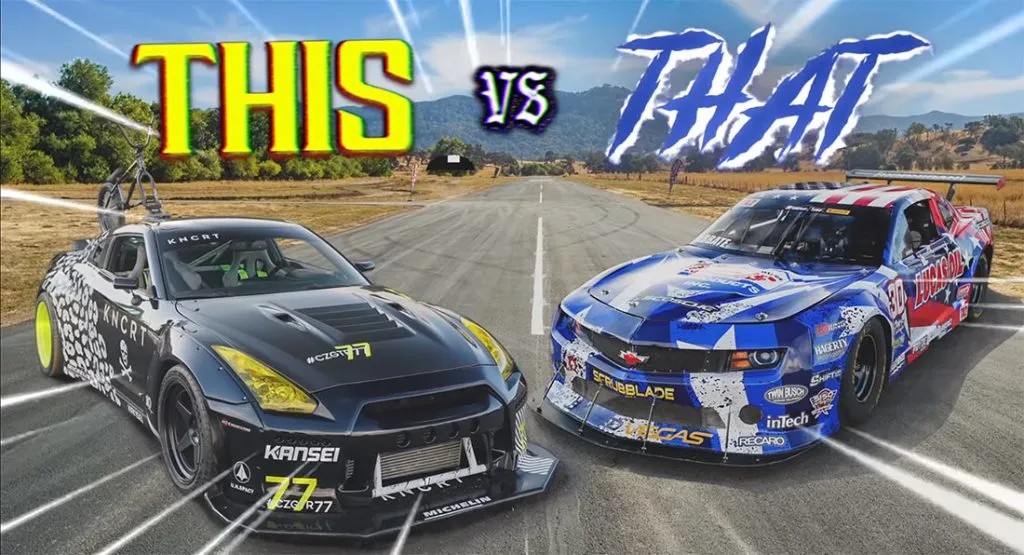 The latest generation of the Nissan GT-R has superb dynamics thanks to its potent launch control system and all-wheel-drive. This particular example only has one of the two, though.

Motorsports enthusiast Francisco Zurita had wanted to get his Godzilla tuned to the hilt for the SEMA-2012, but something went wrong, and the car ended up with a broken front cardan shaft. After evaluating all the possibilities, he decided to leave the ride with a permanent RWD.

The turbo-six under the hood received a boost to roughly 700 horsepower (522 kilowatts). Elsewhere, the car gained an aerodynamic kit, aftermarket wheels, and a performance exhaust system.

The exterior mods may make it look like a supercar killer, but is it? The lack of AWD could be deal breaker. The Hoonigan team decided to find out just how well the Godzilla would fare in a drag race against a 500hp (373kW) 2013 Chevrolet Camaro racecar. Watch the video to see how things went.