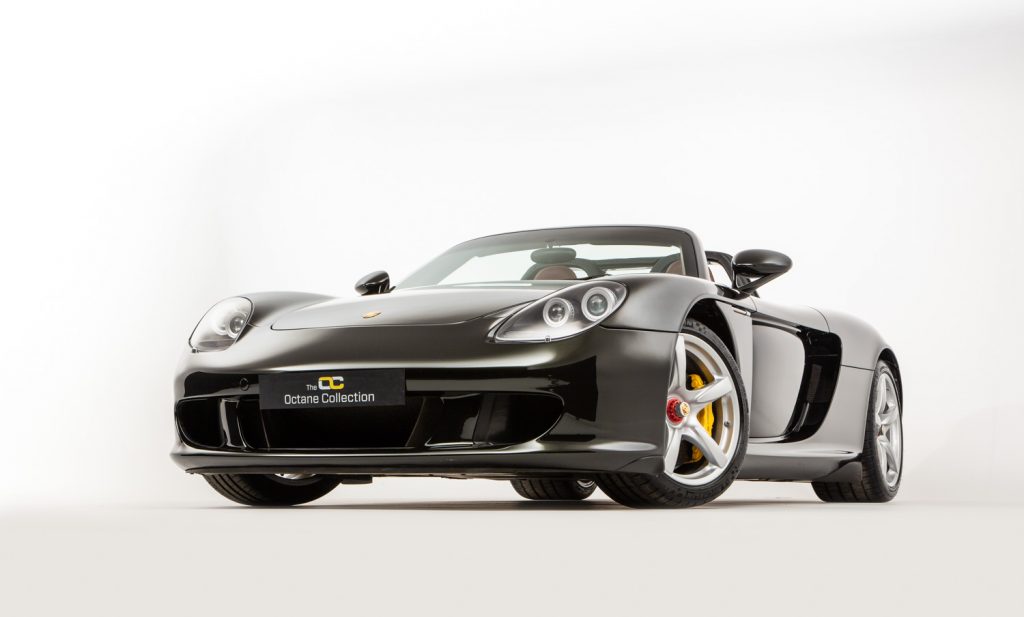 The Porsche Carrera GT one of the crowd favorites as Porsches go, with 1,270 units sold in 2004–2006 out of the originally planned 1,500. It is now reported that only one of these cars received a Dark Olive Green finish – and it is up for grabs right now.

The Carrera in question resides in the Octane Cars collection in the United Kingdom. It may look off-black at first, but is actually a very deep shade of green that only reveals itself under bright sun.

Another killer feature of this particular example is the naturally aspirated V10 engine concealed behind the seats. Watch the attached five-minute video to get an idea of just how good it sounds.

The price is not public, but we would expect a unique Carrera GT to cost a small fortune regardless of details.