Video: Prior Design stoops as low as to tune Dacia Logan… or does it? 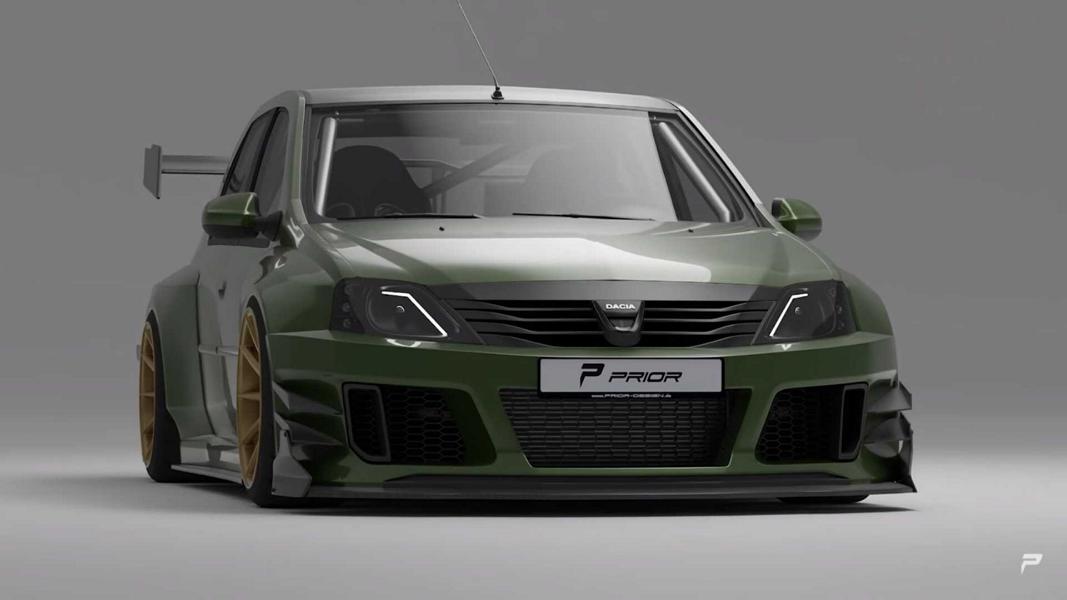 It is no secret that Prior Design, a tuner based in Kamp-Lintfort, Germany, has been customizing some relatively cheap rides lately. Its portfolio is no longer limited to Lamborghini and McLaren supercars – there’s even a Hyundai i30 and a VW Beetle in there. Even so, its latest video is baffling, to say the least.

It would seem as if Prior Design wanted to accessorize the dirt-cheap small family car known as the Dacia Logan. The simple and unassuming people hauler unexpectedly landed with a full DTM-style body kit including a massive front apron, a splitter blade, aerodynamic winglets and grooves, voluminous fenders and side skirts, and a ridiculously over-the-top rear end dominated by a diffuser and a rear wing. Just how does all of this go along with an urban ride barely capable of 68 PS (67 hp / 50 kW) and a top speed of 150 km/h (93 mph)?

In-house forged wheels finished in gold fill out the arches, and Brembo brakes boast perforated discs. Rounding off the wild image are a carbon roof, a black radiator grille, and a cabin complete with a roll cage and bucket seats.

It remains to be seen whether these 3D renderings will ever become a reality, but we get distinct late April 1st joke vibes from the whole thing. See for yourself: a used Dacia Logan could be obtained for as little as €500 in Germany. The same amount of money buys you a single wheel from the Prior Design conversion. Oh, and by ‘wheel’ we mean ‘rim’, as a tire to go with it will cost extra.