Hongqi L-Concept even has a chandelier inside, but no steering wheel 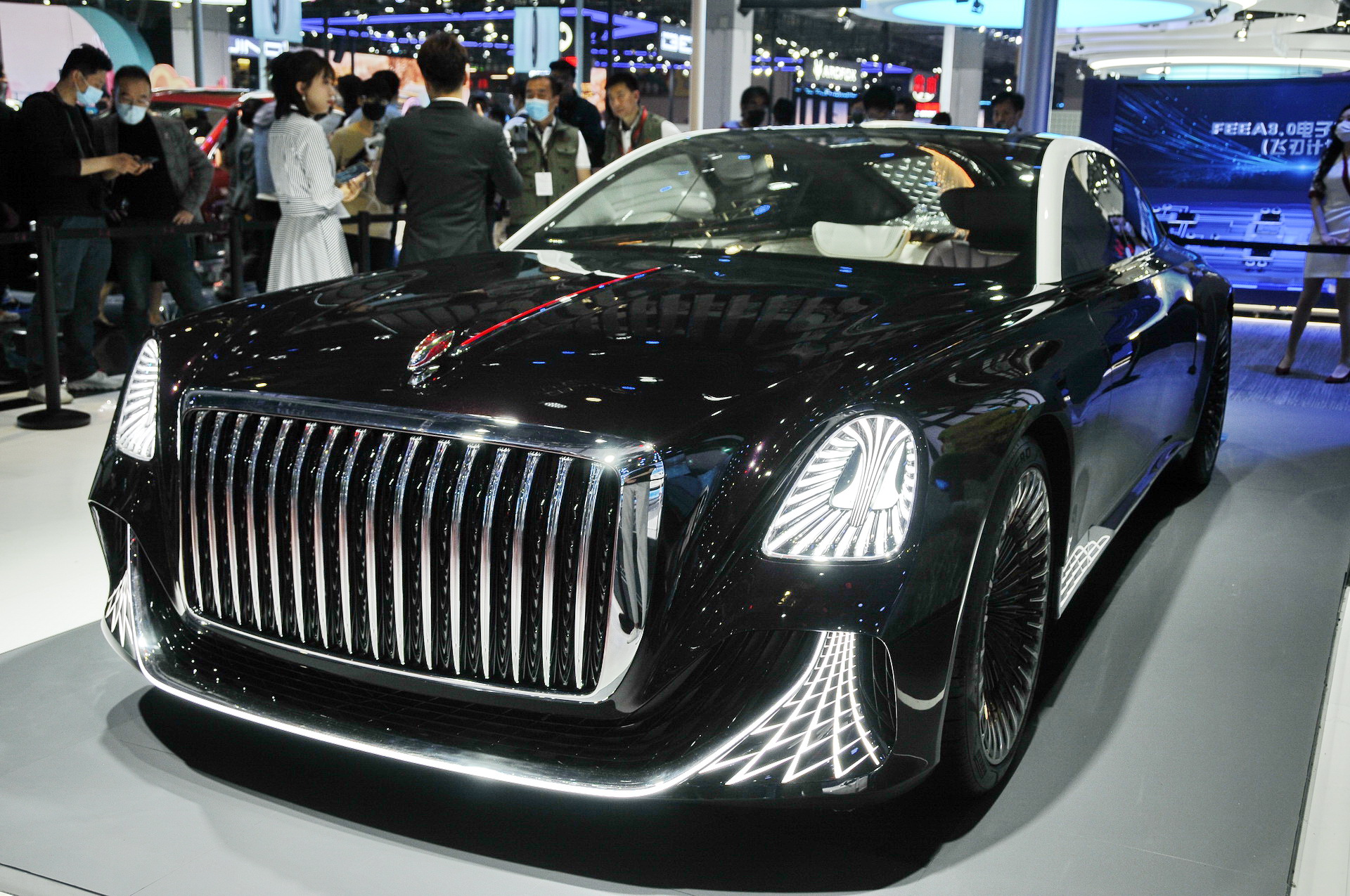 Hongqi, an automotive marque chiefly known for making luxury cars for higher-ranking Chinese officials, has revealed a prototype dubbed the L-Concept at the Shanghai show.

The four-door fastback has a two-tone body, vertical headlights, a large radiator grille, taillights consisting of four horizontal LED stripes, rear doors that swing open against the traffic, a slanted composite roof, and a diamond-patterned solid panel instead of a rear window.

The inside space is trimmed with white and purple leather, there are aluminum and wood inserts throughout, the mats are woolen, and the rear row occupants get a chandelier for ambient lighting. The front passenger seat is missing, and there is no steering wheel.

The company stays silent about the powertrain. Chinese media believe the concept might actually go into production in a few years’ time.

Hongqi, whose name is translated as ‘The Red Banner’, has been making luxury cars for the CCP elite for over six decades now, being a part of FAW Group. A year ago, it announced its most powerful and expensive model to date, the S9. The hybrid hypercar is said to produce around 1,400 HP (1,044 kW) and cost more than 10 million Yuan ($1,540,000 USD). Watch the video for a closer look at the S9.