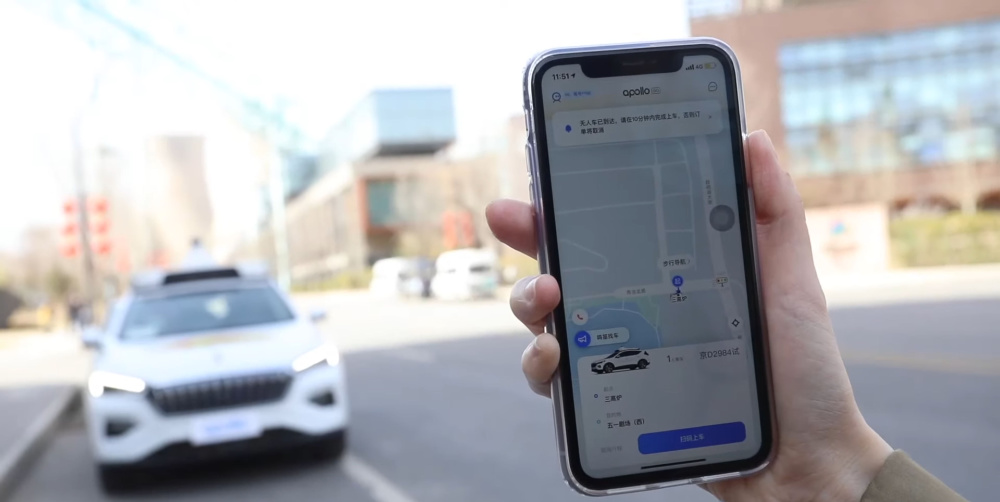 Baidu, an IT corporation often dubbed “the Chinese Google”, has launched an autonomous cab service in Shougang Park, Beijing, where the next year’s Olympics are set to take place.

The company uses Hongqi HS5 SUVs outfitted with Baidu autopilot software and special roof-mounted equipment including a 360-degre camera system, multiple radars, and other devices. Everything is fully autonomous; there is no driver in the cabin.

Passengers can book a ride from a dedicated mobile app and get inside the cab by scanning a special QR code. They should then set a destination and push the ‘Go’ button. The system makes sure all doors are closed and all passengers are buckled up prior to starting driving. A single trip costs as low as 30 Chinese Yuan ($4.63 at current conversion rates).

Baidu has spent around eight years developing autonomous driving solutions and is now considered the world leader in this field, having obtained nearly 3,000 patents. The company points out that it had to conduct long and exhaustive tests in multiple locations prior to letting its autonomous vehicles loose in public areas.

The development team believes that the emergence of such services is a major step towards full autonomy. The current car pool is limited to just ten vehicles, but more will appear as the demand grows.