Hyundai to update the Palisade and Sonata in 2022 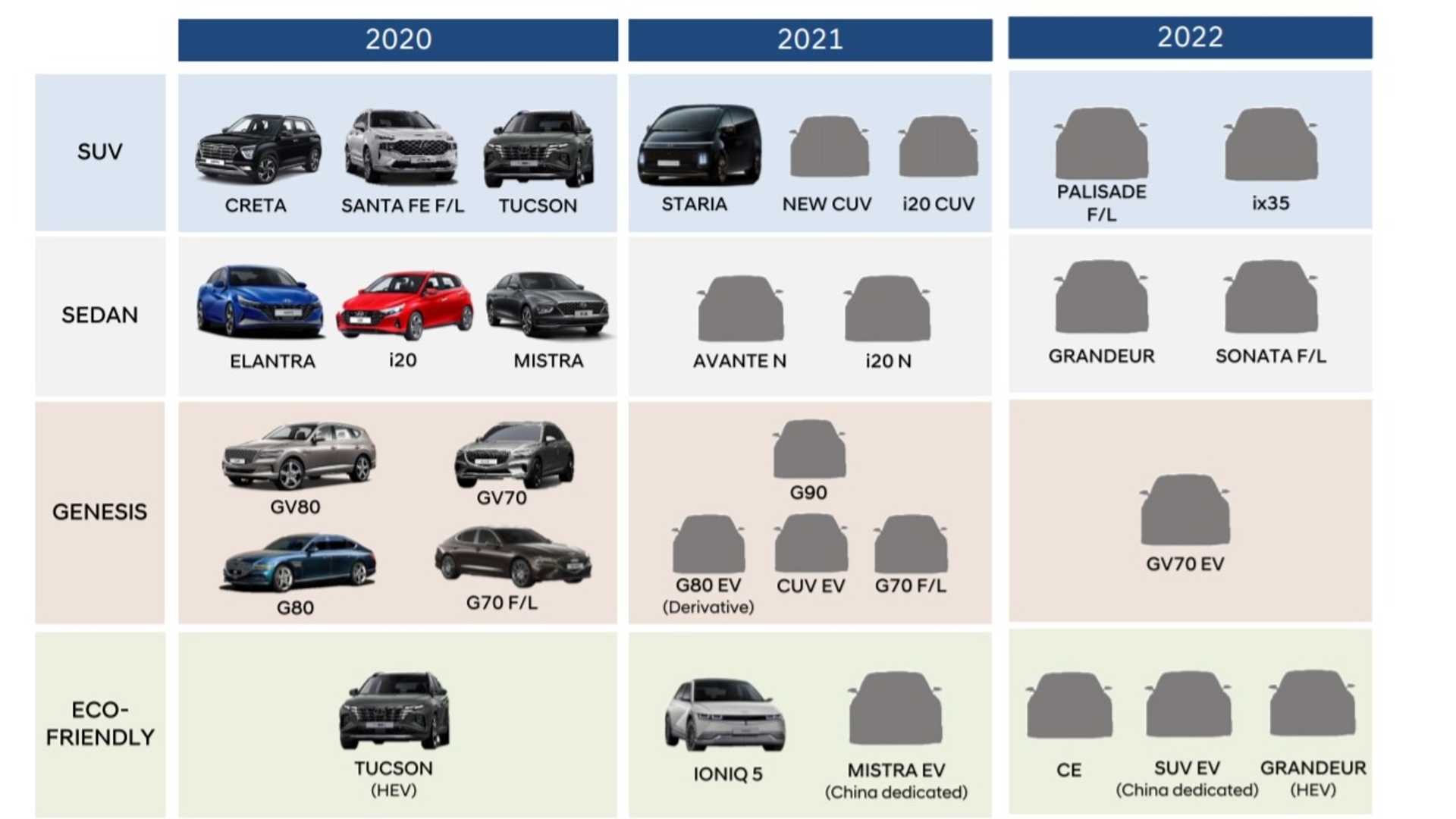 The stylish and powerful Palisade seven-seater finally enabled Hyundai to gain ground in the SUV segment of the market. Even though the model is still fresh and quite popular, it will be receiving an update heading into the next year.

According to a recent presentation, the Sonata sedan will also be getting a facelift soon. Which one will be the first to arrive remains unknown.

Further down the roadmap is an Elantra N, which we saw testing on the Nürburgring earlier this year. It is possible that buyers in Europe will also get the N version.

Then there is the Mistra N, which is slated to arrive in China and China only before the end of the year. Another full EV will be released in that country in 2022, followed by a plug-in hybrid version of the Grandeur.