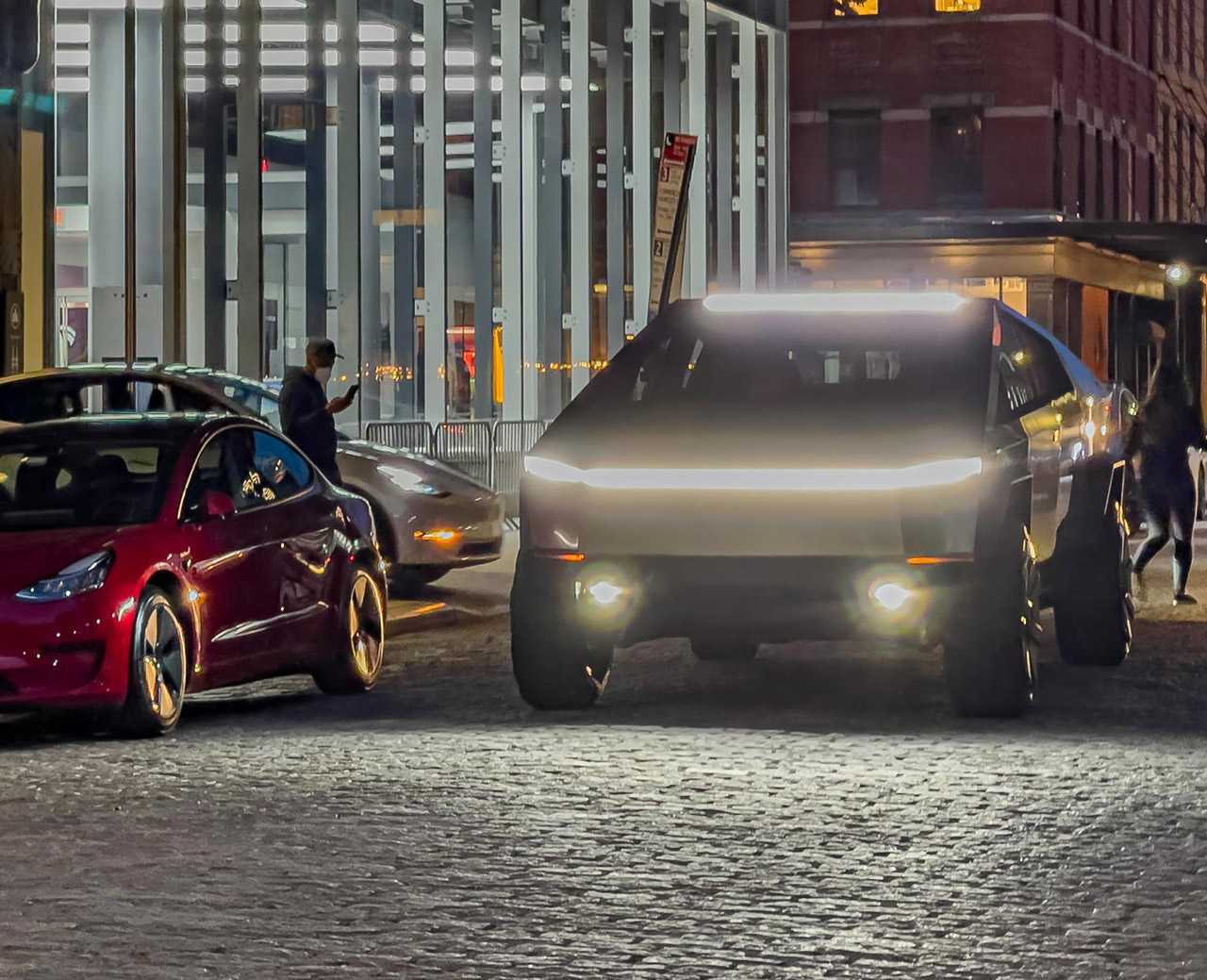 In the latest Saturday Night Live episode, the eccentric Tesla CEO showed everyone an early prototype version of his all-electric Cybertruck pickup, although touching it was not on the program.

Musk made sure to tweet about his intentions in advance, so a small throng gathered before the studio, eager to see and touch the crazy armored car, only to find out that it was walled off in a showroom space. Even so, Elon posted several photos of him driving the truck along New York City streets.

Since a new Tesla showroom is scheduled to open in NYC soon, there is a chance that the truck will be put on display there to attract visitors.

The original Cybertruck Concept debuted a year and a half ago and has shown up at multiple events in various U.S. states since, recently making an appearance at the construction site of Tesla’s Texas factory.

According to Tesla Inc., the final design of the pickup has already been approved, and the production just might begin later this year if circumstances allow it.