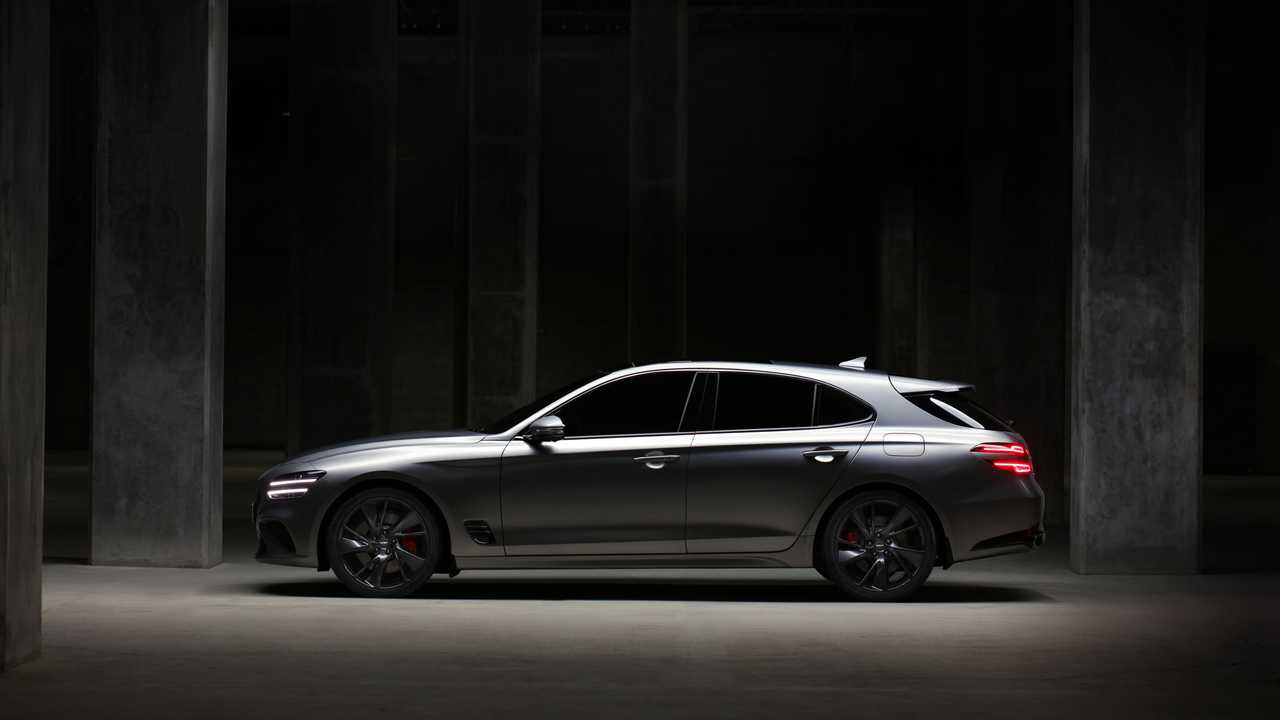 Following multiple official teasers and a host of spy photos of the Genesis G70 estate car, the carmaker has now revealed a few detailed shots of its body and cabin, along with a few basic specifications.

Genesis prefers calling the five-door variant of the G70 a ‘Shooting Brake’, pointing out that this body style has a long history in Europe and is popular among premium car buyers.

In terms of the interior layout and options, the Shooting Brake is identical to the four-door G70 facelift from the last fall, complete with a large infotainment touchscreen and OTA updates.

Technical details remain to be revealed, but we expect the powertrain to be identical or very similar to that of the G70.

Before the estate-shaped G70 and its cousin the GV70 reach the market, however, Genesis plans to launch the 80 series sedan and SUV in Europe.