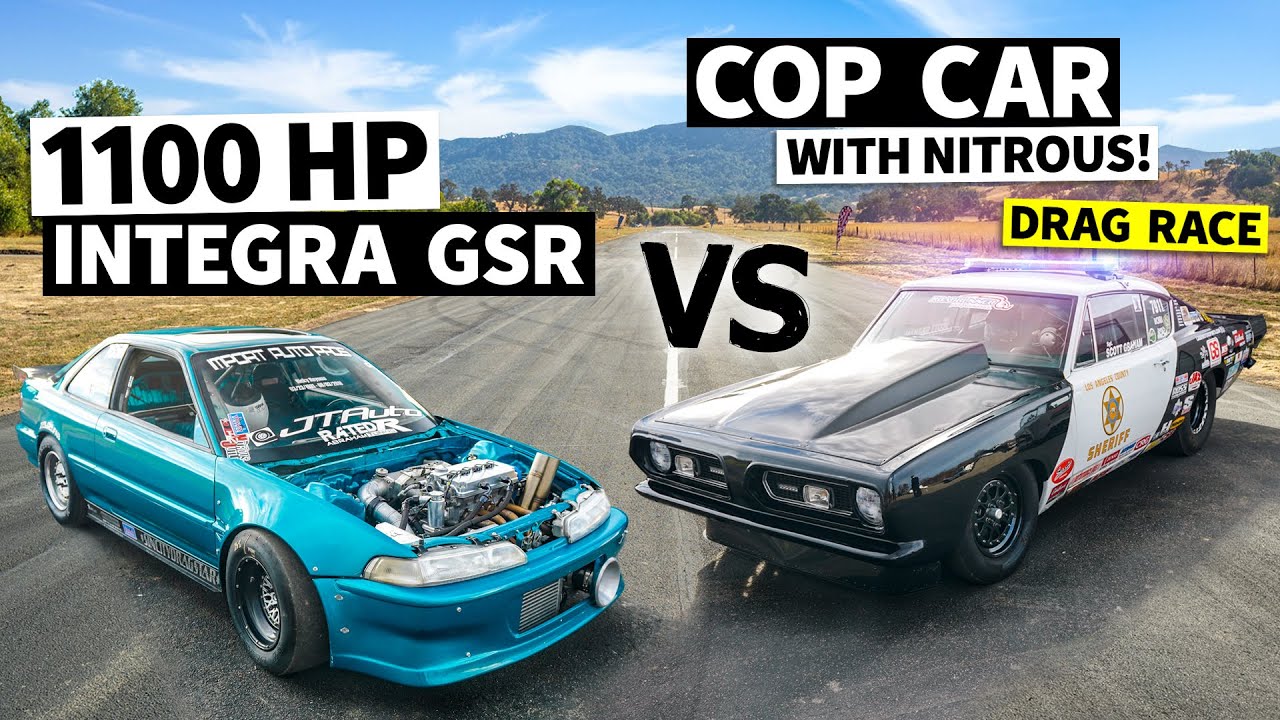 As you probably know, FWD cars tend to lag behind the competition when it comes to delivering power to the ground during drag races. However, there certainly are exceptions, such as this insane Acura Integra GS-R.

The owner of the coupe wanted it turned into a drag strip king, so he boosted the stock four-cylinder mill through the roof. A Precision Gen.2 7285 turbo kit let it rev all the way up to 11,000 RPM and produce around 1,100 horsepower (820 kilowatts). Just to be on the safe side, the man also extended the wheelbase a bit and put huge 26-inch Mickey Thompson tires on the wheels.

The Hoonigan team then arranged a race between the Integra and a rear-wheel-drive Plymouth Barracuda, which had twice as many cylinders and 7.2 liters of displacement. The rival received a boost from its stock 390 hp (290 kW) to 635 hp (474 kW).

What do you think, will the Integra be able to take advantage of its near-double power advantage or will the Barracuda pull ahead and win the race thanks to its superior traction? Watch the video and find out!