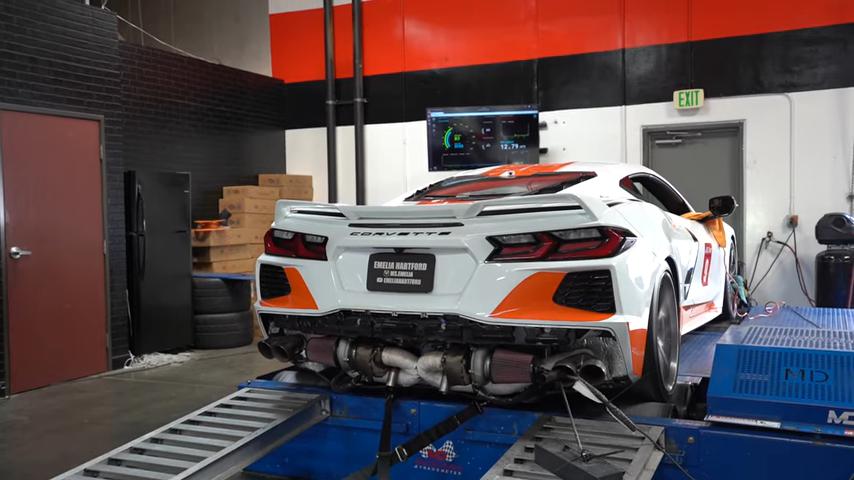 Car tuning is about responsibility every bit as much as it is about having fun, right? Well, the owner of this twin-turbo C8 ‘Vette forgot to check the rules before the competition, and will be redoing it later.

We have already mentioned Emelia Hartford several times in our news. Her mid-engined C8 Corvette ‘Phoenix’ uses dual turbos to rev up to 1,200 HP (895 kW). At the beginning of the year, she covered a quarter of a mile in 9.41 seconds, hitting 233 km/h (a hair below 145 mph) at the finish line. What could possibly go wrong this time around?

Apparently, the U.S. National Hot Rod Association (NHRA) doesn’t mind cars running quarter-mile races without much safety equipment on board as long as it takes them 10 seconds or longer to do so. For a sub-10-second car, a safety cage, an emergency stop system and other measures are mandatory. It looks like Emelia did not know about it or otherwise did not think she would be affected. In reality, though, her very first run of 9.71 s saw her immediately disqualified for lacking the safety gear.

Hartford ultimately intends to cover a quarter-mile in around eight seconds piloting her Corvette; we guess the car will have to grow a roll cage first, though.