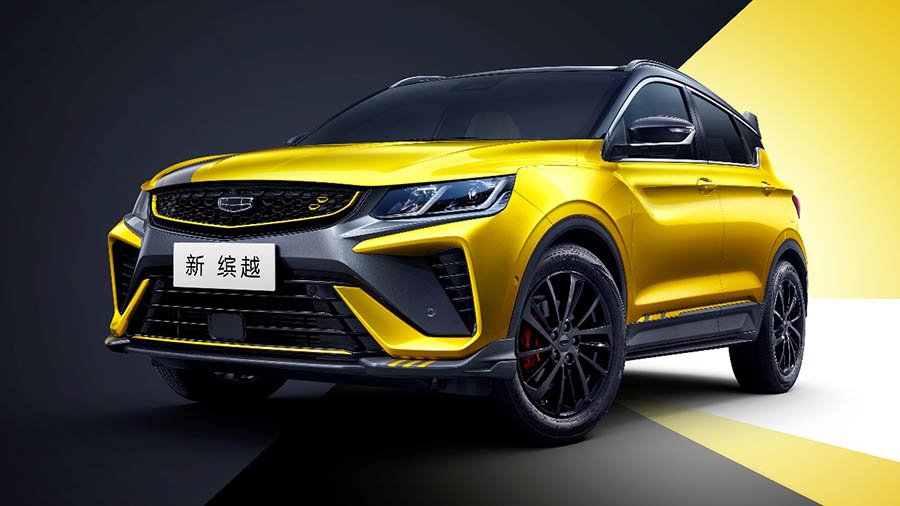 The Geely Binyue SUV, known as the Coolray outside of China, will soon receive a mid-life refresh on its home market. Here is it what it looks like.

The photos depict a special edition with a new front bumper and spoiler, as well as a larger 12.3-inch touchscreen display in the cabin instead of the usual 10.25-inch one. Elsewhere, the upmarket trim features a mesh grille that replaces the concentric circles design from before, a hood cover with a grey stripe on it, 18-inch wheels, and red brake calipers. The interior makes use of yellow accents on the seats, the central armrest and the steering wheel. The upholstery consists of imitation leather and Alcantara with yellow stitching throughout.

Technical improvements are unlikely. The Binyue currently ships in three power variants, including a 1.5-liter turbo three-cylinder rated at 177 PS (175 hp / 130 kW), a 1.4-liter turbo four-pot good, a 48V mild hybrid, and a plug-in hybrid. The three-cylinder spec comes with a seven-speed DCT.

Sales in China will begin later this summer.

Geely already has a sported-up Pro version of the Binyue on its lineup, which you can see in the attached video. This one has red calipers, black wheels and a body kit, and starts at 99,800 Chinese Yuan.