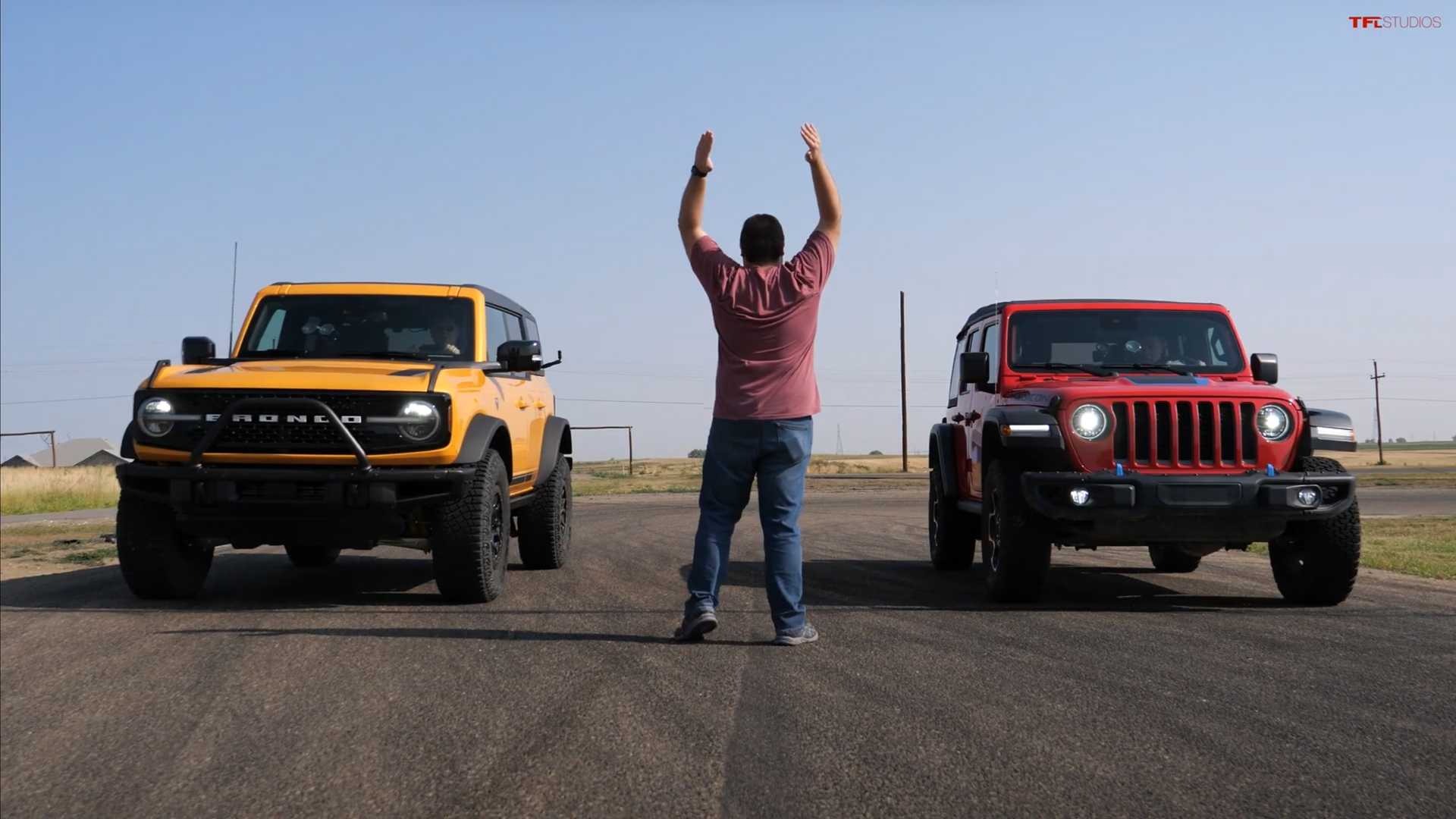 The fight between two mighty off-roading rivals, the Jeep Wrangler and the Ford Bronco, goes much farther than just the showrooms. Neither is cut out for drag racing, but the TFLcar team still put them onto a quarter-mile track for comparison.

The specific Jeep Wrangler featured in the video is a 4xe hybrid model, which uses a 2.0-liter four-cylinder turbo in conjunction with an electric motor and a 17-kWh battery. The cumulative output amounts to 381 PS (376 hp / 280 kW).

Going up against the Wrangler is a new Bronco Sasquatch powered by a 2.7-liter EcoBoost V6 with 316 PS (312 hp / 232 kW) at the output end. It might seem like a poor match to the Jeep, but it weighs much less than its rival, so the chances should be more or less even.

Watch the video to learn about the results. Note that there is a warm-up race at the beginning featuring a Toyota FJ Cruiser.