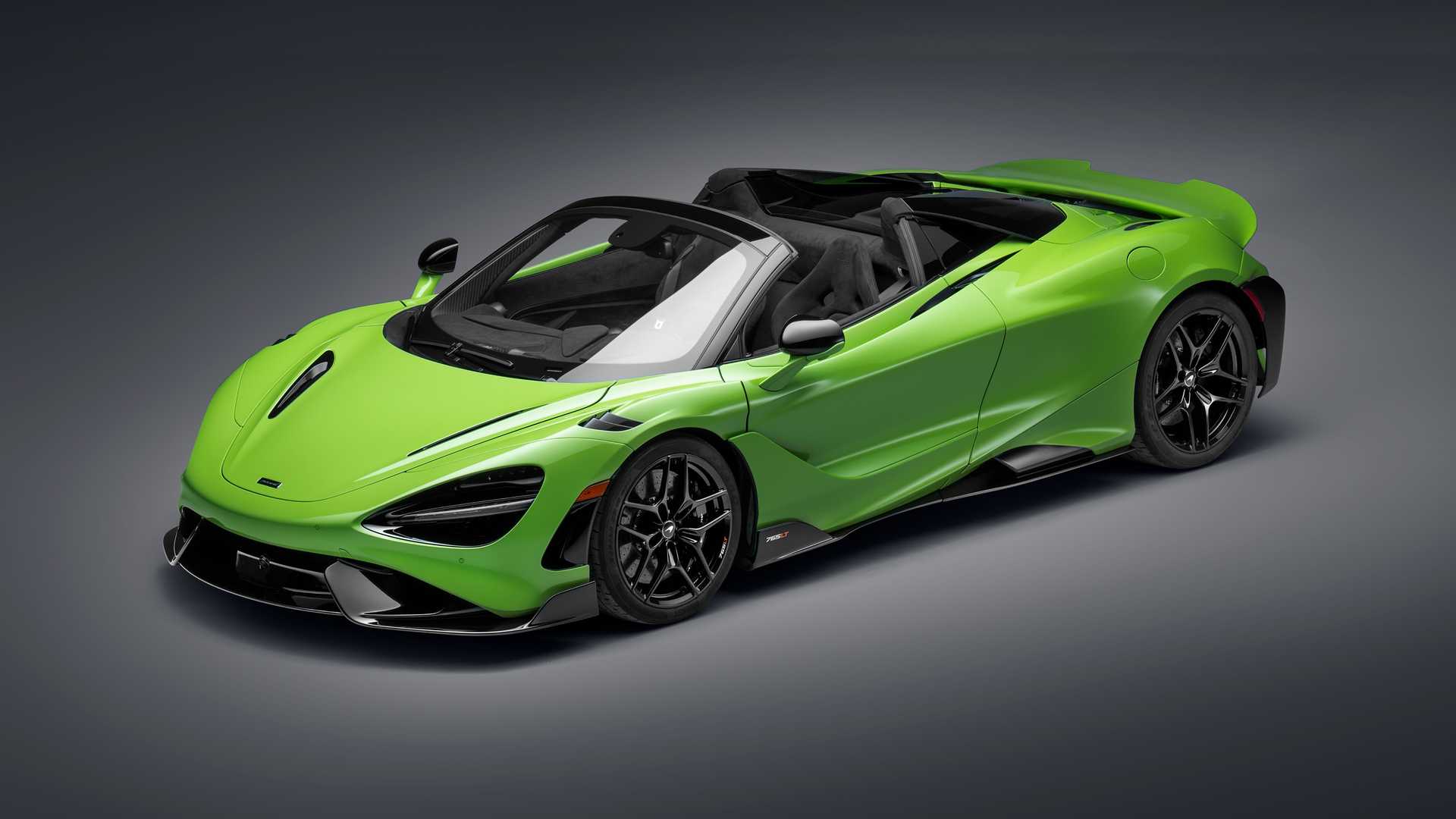 McLaren has officially introduced the 765LT Spider, an open-top supercar limited to 765 production units. One-third of the batch will be sold in the United States starting from $407,000.

Compared to its coupe counterpart, the Spider weighs only 49 kg (108 pounds) more. The company says it used all means available to minimize the weight, producing much of the bodywork, the kit and the removable hardtop from carbon fiber. It also installed thin glass all around and a titanium exhaust system that weighs in 40% under a stainless-steel one.

The car comes without an air conditioner or even an audio system by default, but customers can request those options installed free of charge. The curb weight equals just 1,388 kilos (3,060 lbs), which is 80 kg / 176 lbs lighter than the open-top 720S.