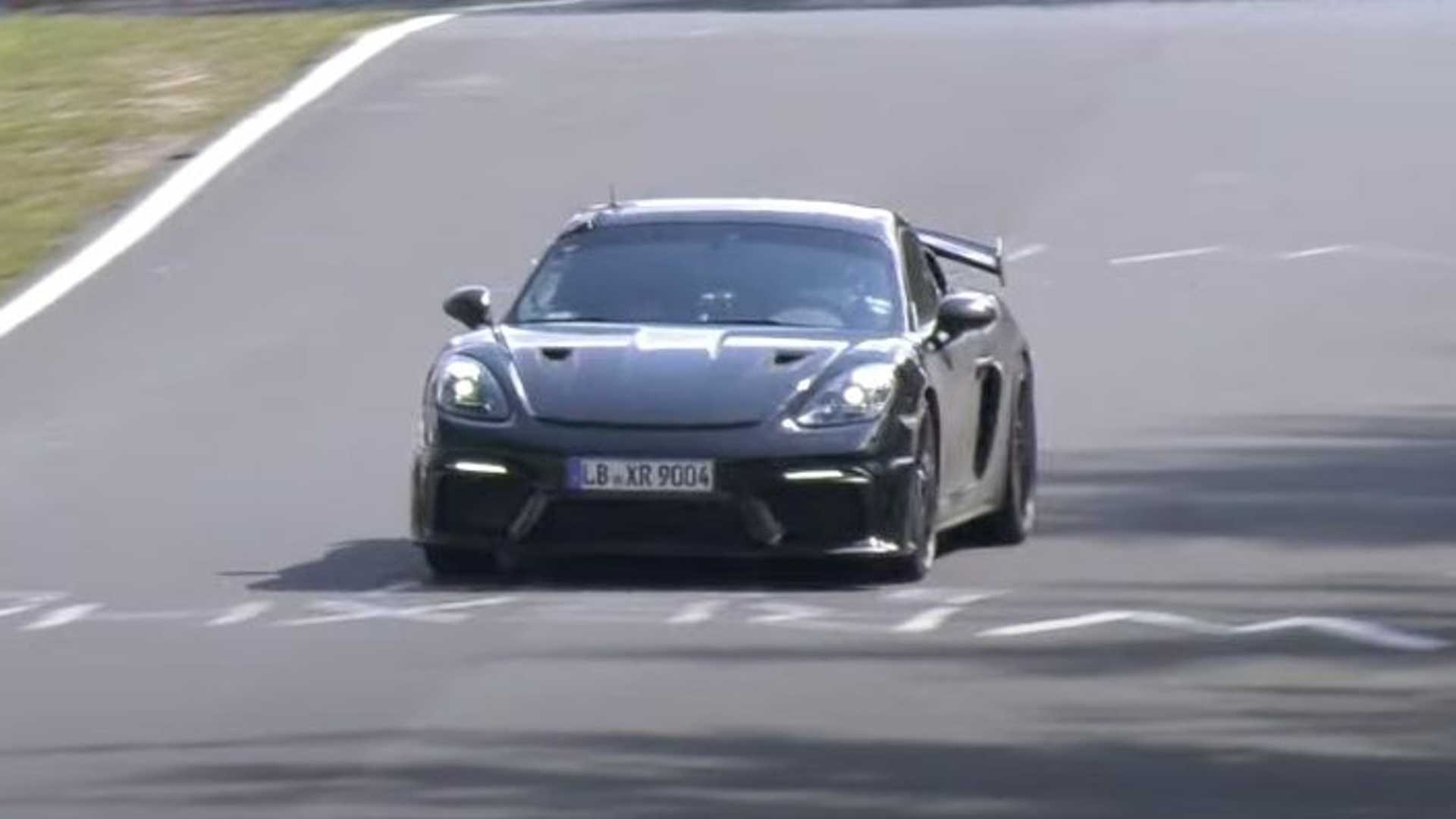 Car spotters have tracked down a fine Porsche 718 Cayman GT4 RS example testing on the Nürburgring with barely any camouflage on.

The Cayman sports car series has only one big and well-known issue going, and that is the lack of acceleration potential compared to the 911. Will the RS version address that? There are some indications to that effect, yes. The new car comes based on the GT4 variant, which is itself quite a performer and comes close to the 911 in terms of both paper specifications and actual dynamics.

The upcoming mid-engined RS version should be even stronger than that, so it might end up rivaling the Porsche 911 on track. That is, if the Porsche engineering team gets an approval to make it as powerful as possible.

The premiere is expected in late 2021, and we are very much looking forward to it.