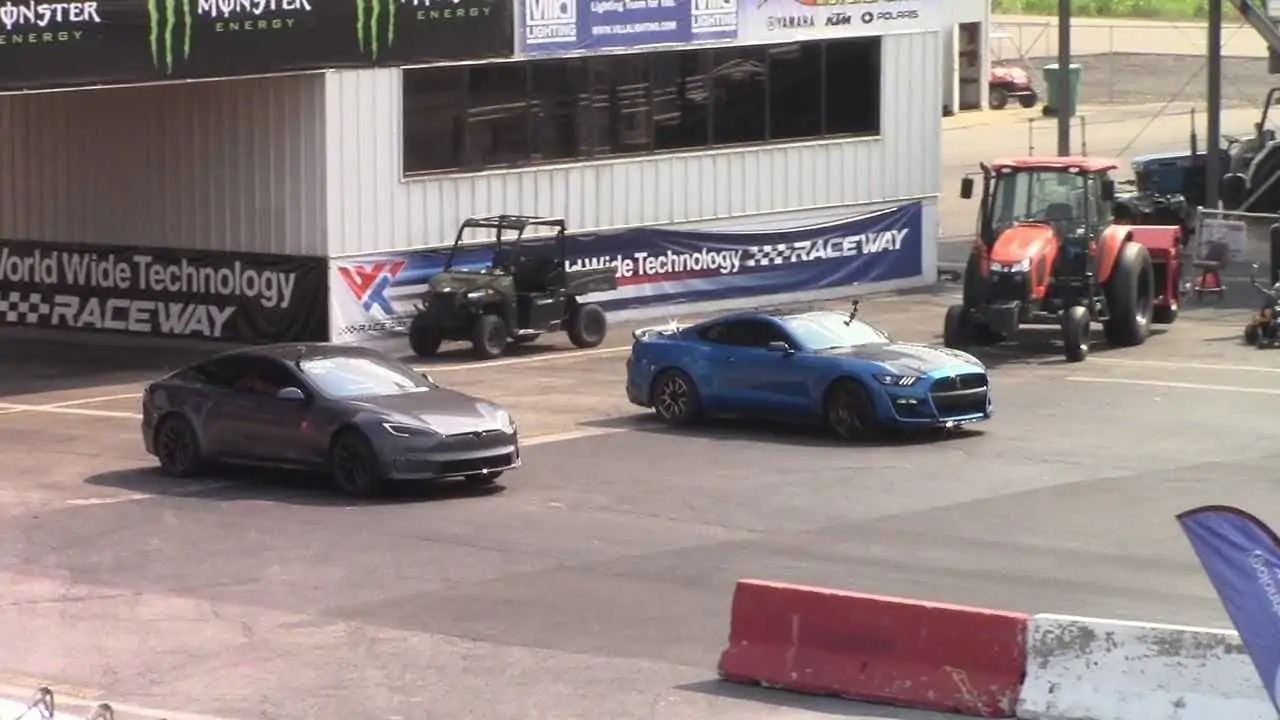 Drag races against Tesla’s most powerful production car so far – the Model S Plaid – ceased almost as soon as they began. Just as promised, the electric flagship has enough thrust to outpace nearly every ICE supercar from standstill. Imagine our surprise when we witnessed this race.

This is actually the first time we saw the Plaid lose a quarter-mile race to a muscle car. Granted, the car in question was a mighty Ford Mustang Shelby GT500, but surely it could not outrun a battery car with heaps of instant torque? Let’s look into the reasons why.

However, this particular Shelby isn’t stock. Its 5.2-liter V8 under the hood enjoys a boost to well beyond 1,000 horsepower. Combined with an efficient transmission, this proved to be enough to outperform the Tesla in every single race – by inches, but still.