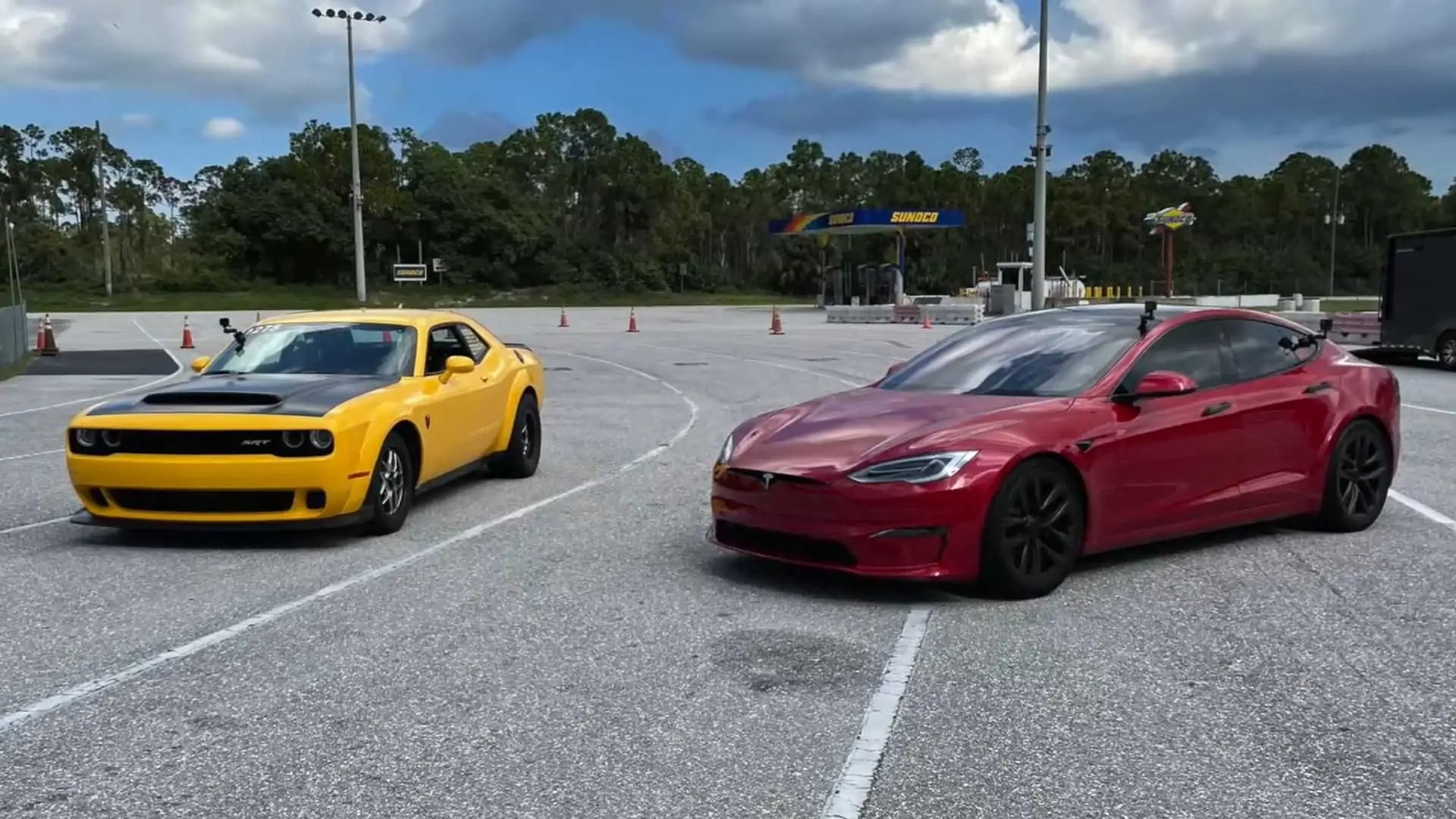 When Dodge fans learned about the company’s intention to introduce an electric muscle car, many criticized the idea for trying to achieve mutually exclusive things in one vehicle. As this video by DragTimes clearly shows, however, the Demon is just no longer a match to EVs.

The footage shows three races done in succession, and although the Demon owner jumps the red light quite a bit, he still falls comically behind the battery-powered sedan. This even includes the first race, which sees the Tesla driver fumble the start.

One might argue that the gas-guzzling American dragster featured in the video only has 850 PS (840 hp / 627 kW) at its disposal while the EV has 1,000+ horsepower (750+ kilowatts) and costs more. While true, we expect the long-term ownership costs of the Demon to ultimately render it more expensive that the Tesla. Perhaps more importantly, it can no longer be considered a fast car at the drag strip.

Car Tuning 23-06-2022
ECD Automotive Design has made a name for itself restoring and modding classic Land Rover Defenders, but the tuner’s latest project sees it working with the Jaguar E-Type for the first time on record.
Like
Comments 1
x
Feedback
Contact Form
UP