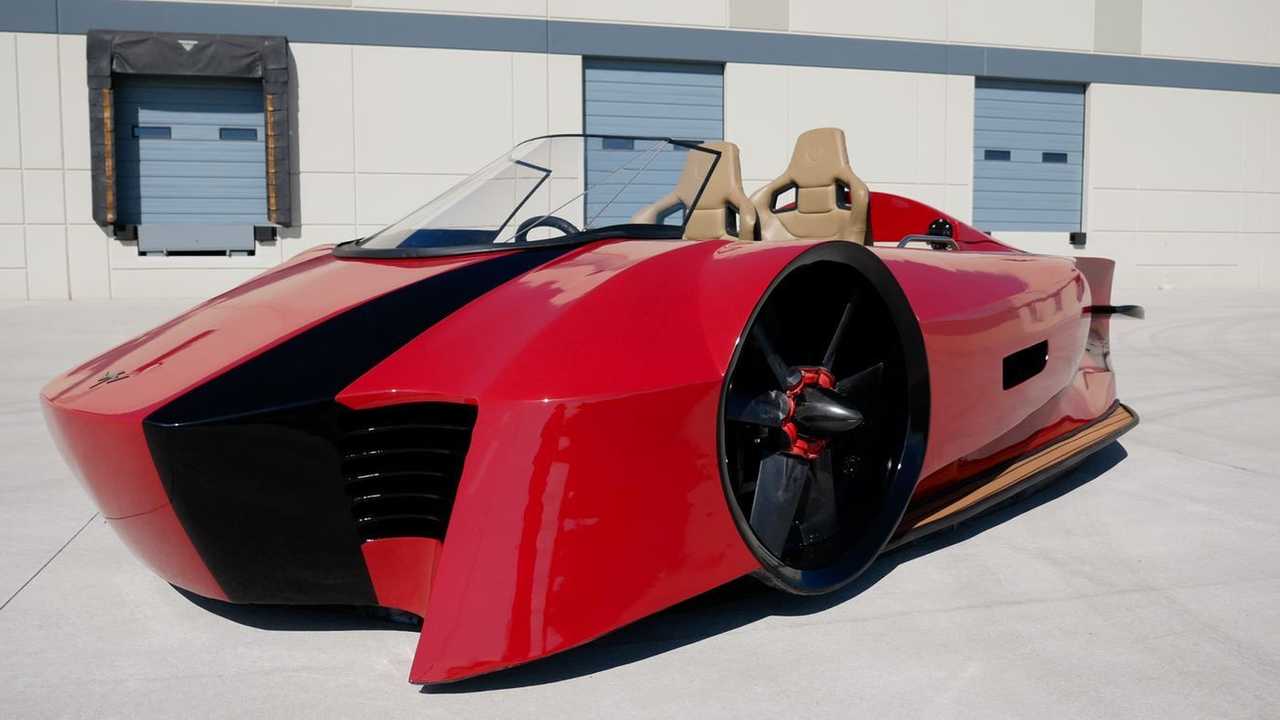 Carmaker vonMercier has revealed the final production appearance of its Arosa model, an open-topped supercar with two seats installed one behind the other and an air cushion instead of wheels (the ones you see aren’t real).

The operating principle of the exotic vehicle relies on powerful dual turbines generating excessive air pressure underneath the car, which is then contained by a skirt-like arrangement encompassing the entire car. As a result, the car essentially hovers above ground and can traverse both land and water, vonMercier claims.

Aside from obvious futuristic supercar vibes, the Arosa sports maritime design cues, such as wood-rimmed running boards at both sides. The controls are a mixture between those found in a car and a yacht.

Technical parameters remain to be disclosed. The company says the powertrain includes three electric motors and a single gasoline engine serving as a power generator.

It is claimed that the engineering crew managed to achieve levels of maneuverability unprecedented in a vehicle of this kind by using a specially designed system of controls.