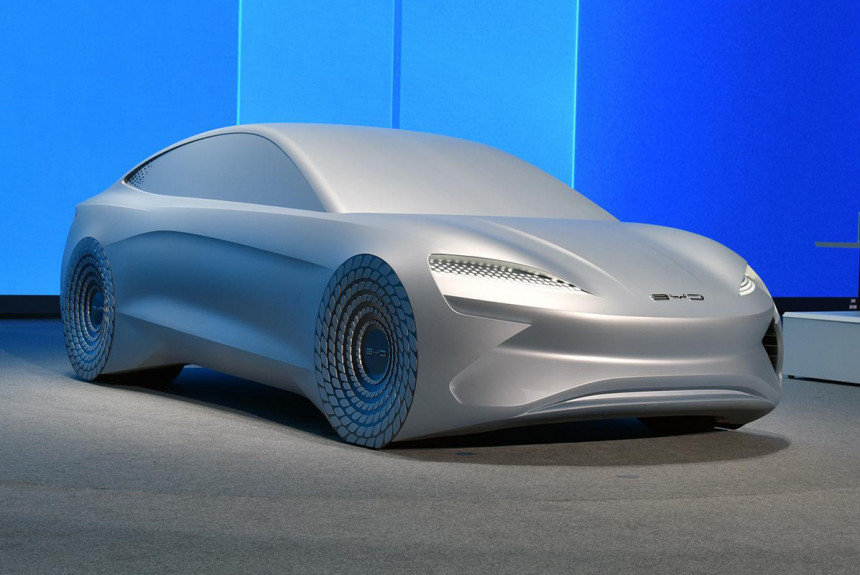 Chinese automaker BYD is getting ready to produce the third generation of EVs based on a freshly developed e3.0 platform. The compact-sized Dolphin hatchback will soon hit the showrooms, and a mid-size sedan will follow later based on the Ocean-X Concept pictured here.

The show vehicle is just a life-size mockup made by Wolfgang Egger and his team of designers in line with the company’s latest design direction, Marine Aesthetics.

The production car should reach the market next year and slot into the same niche as the Tesla Model 3. Its selling points will include per-wheel suspension and RWD/AWD powertrain variants. Interestingly, the 100-kWh traction battery is distributed evenly throughout the entire frame of the car, making it more rigid and maximizing cabin space.

The electrical system operates at 800 volts, while all the equipment on board is optimized to consume as little current as possible. BYD OS units and controls these systems. The manufacturer claims the energy conservation is 10% better than in the current generation.