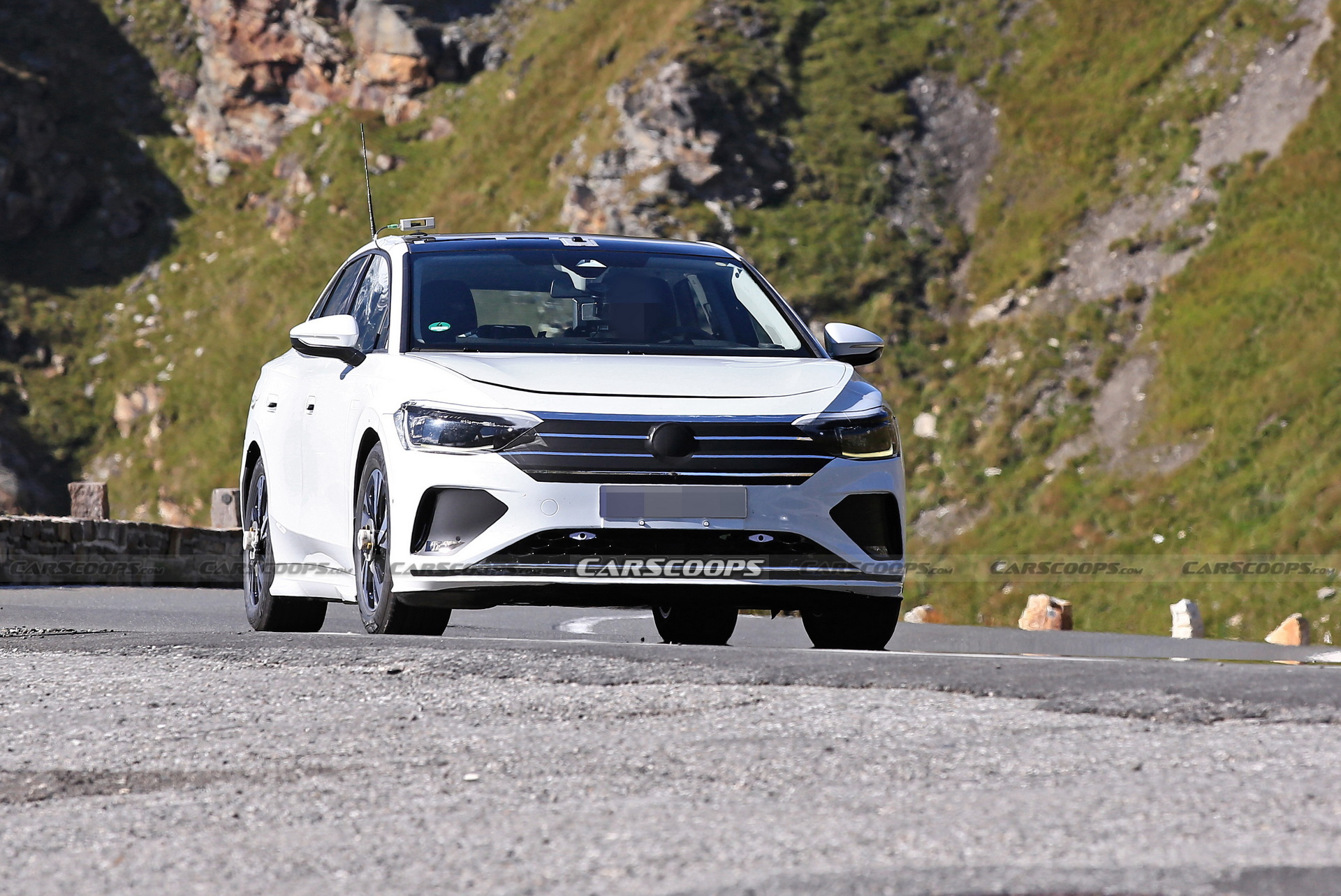 A production version of what must be the Volkswagen ID Space Vizzion Concept (see video) has been spotted testing outdoors clad in obviously fake Passat bodywork.

Judging by the short overhangs, the car could be a liftback. Its long wheelbase will probably translate into plenty of interior space, making the EV comparable to the Phaeton sedan in terms of cabin freedom. Having said that, station wagon is another valid guess.

Like all other ID family members, the newcomer will ship with an assortment of single- and dual-motor powertrains, as well as batteries rated up to 700 kilometers (435 miles) of range.

The production car will likely phase out the aged Passat on multiple markets throughout the world, including the USA.

While not official, we expect the car to be revealed next year and go on sale in 2023.