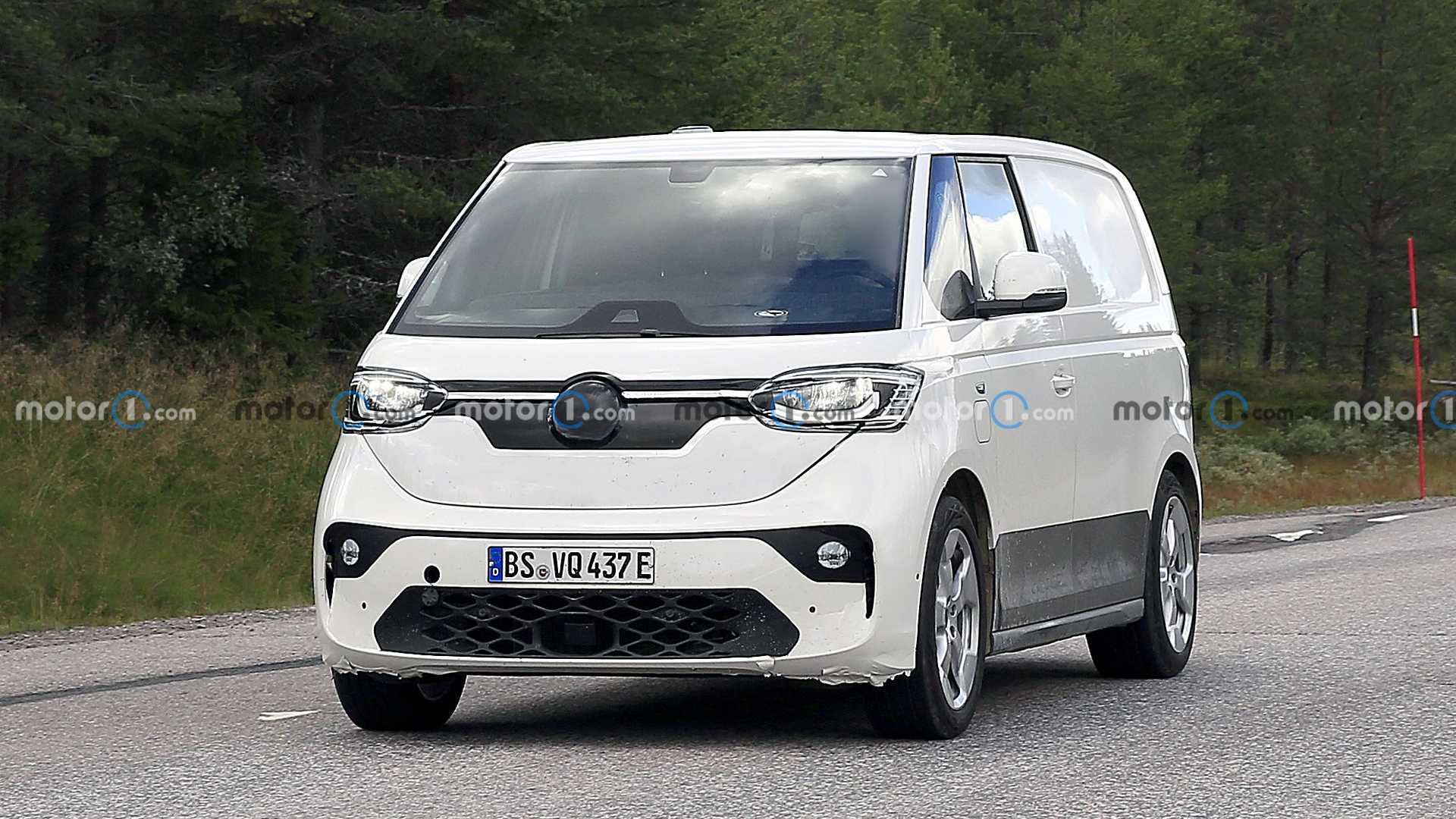 The battery-powered Volkswagen ID Buzz van has once again been spotted running its pre-production tests. The premiere is expected next year, and sales in North America should begin in the second half of 2023.

Volkswagen did a good job cladding the test car, but there is no mistaking its similarity with the ID Buzz. Both sport an extremely short nose, for example. If you look closely, you will see the stickers around the headlamps apparently used to make them look bigger than their actual size. The lower grille sports large cells – much larger than the concept van had. Then again, there is no saying for certain which size will be final.

There is a charging port on a front fender, and another sticker on the rear window that conceals how much of the rear is made of glass. The ID Buzz had a giant sheet of glass in the back. The taillights are also disguised, and the roof spoiler looks like an obvious red herring.

VW plans on producing its all-electric van in three variants, including commercial and passenger versions.