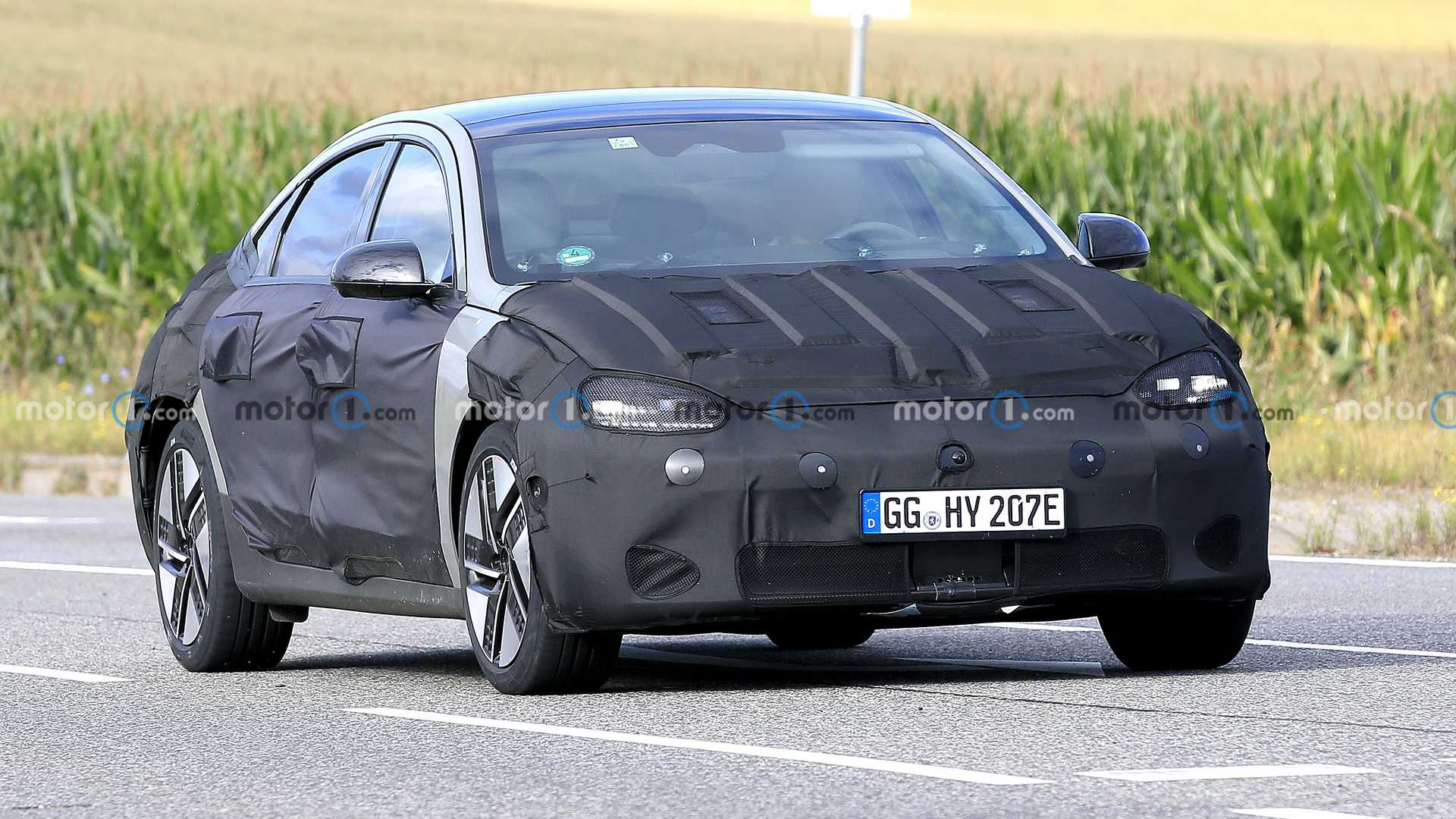 If you hoped that the Hyundai Ioniq 6 would preserve all the bells and whistles the Prophecy Concept (see video) had, we have disappointing news for you. Here are spy photos of a pre-production car that looks considerably trimmed down from the initial design.

No amount of disguise can conceal that both the front and the rear overhang are longer and the ride height greater than what the Prophecy had. The rear doors no longer swing open against the direction of the traffic – they look quite regular.

If you look carefully at the rear end, you will notice that the taillights are mounted considerably lower than on the prototype. As for the interior and transmission, they will most likely be identical or at least similar to those of the Ioniq 5. The driving range should be close to 483 km (300 miles).