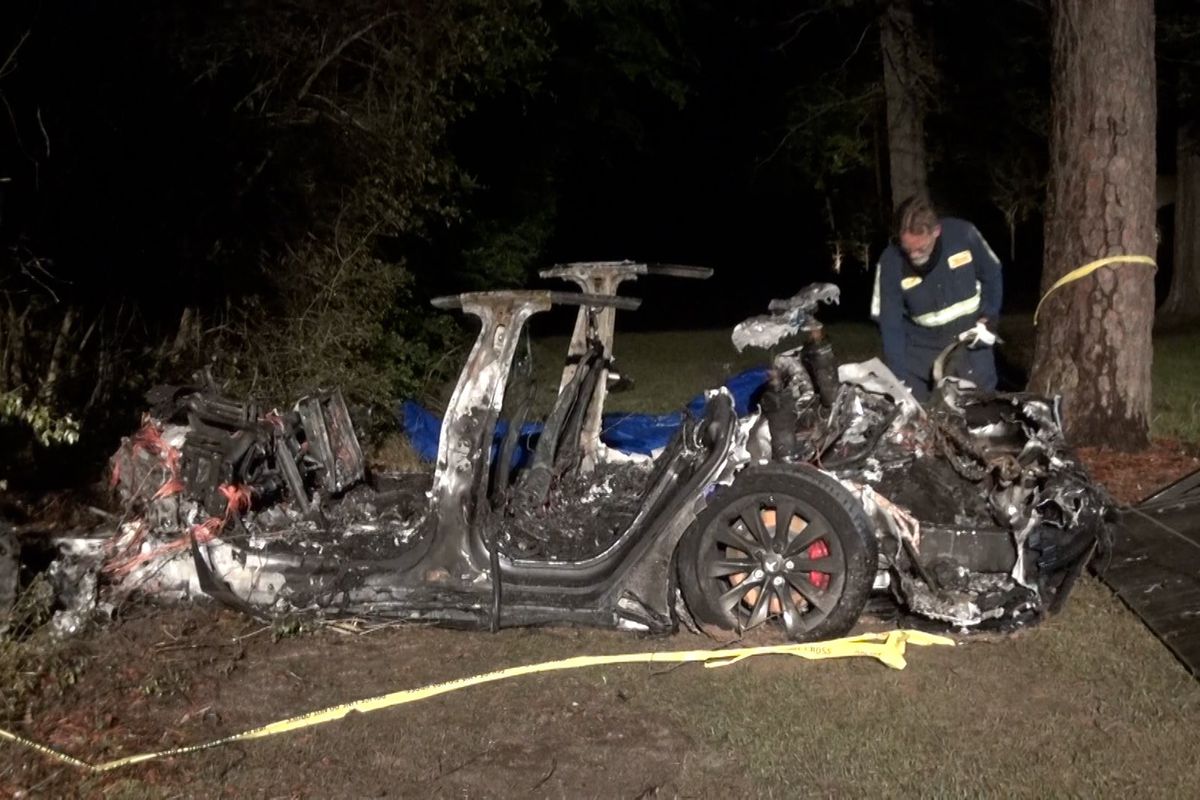 U.S. authorities have issued an official investigation report according to which the notorious ‘driverless Tesla crash’ in April did not, in fact, involve any kind of self-driving technology.

Two people were found dead on the spot where a Tesla Model S collided head-on with a tree not far from the alleged driver’s household. Their burned bodies were discovered on passenger seats, leading many to speculate that the EV went on autopilot prior to the tragedy. Experts were ultimately able to decode the data stored in the on-board telemetry systems, despite the “black boxes” being damaged by the fire that followed the crash. This newly found evidence leaves no doubt that both front seats were occupied at the time of the accident, and that both seat belts were buckled.

Furthermore, the system registered the accelerator pedal floored just before the accident, at 98.8% pressure. The car exceeded 100 km/h (62 miles per hour) five seconds before the collision and kept accelerating until the last moment.

In mid-April, a Tesla Model S caught on fire after missing a curve on a road in Texas. Emergency services that rushed to the site discovered one dead body on the front passenger’s seat and another one on the back bench. As a result, a popular theory emerged that two friends could have wanted to try out the car’s Autopilot feature with a vacant driver’s seat.

Almost immediately after the incident, Tesla CEO Elon Musk refuted these claims, saying that the Full-Self-Driving Suite was never installed on that car. Furthermore, even it were installed, there was no way it could be activated on a road stretch without any markings. All later tests corroborated that statement: none of the test crews was able to engage the Autopilot on that section of the road.