Yet another electric pickup announced in the USA 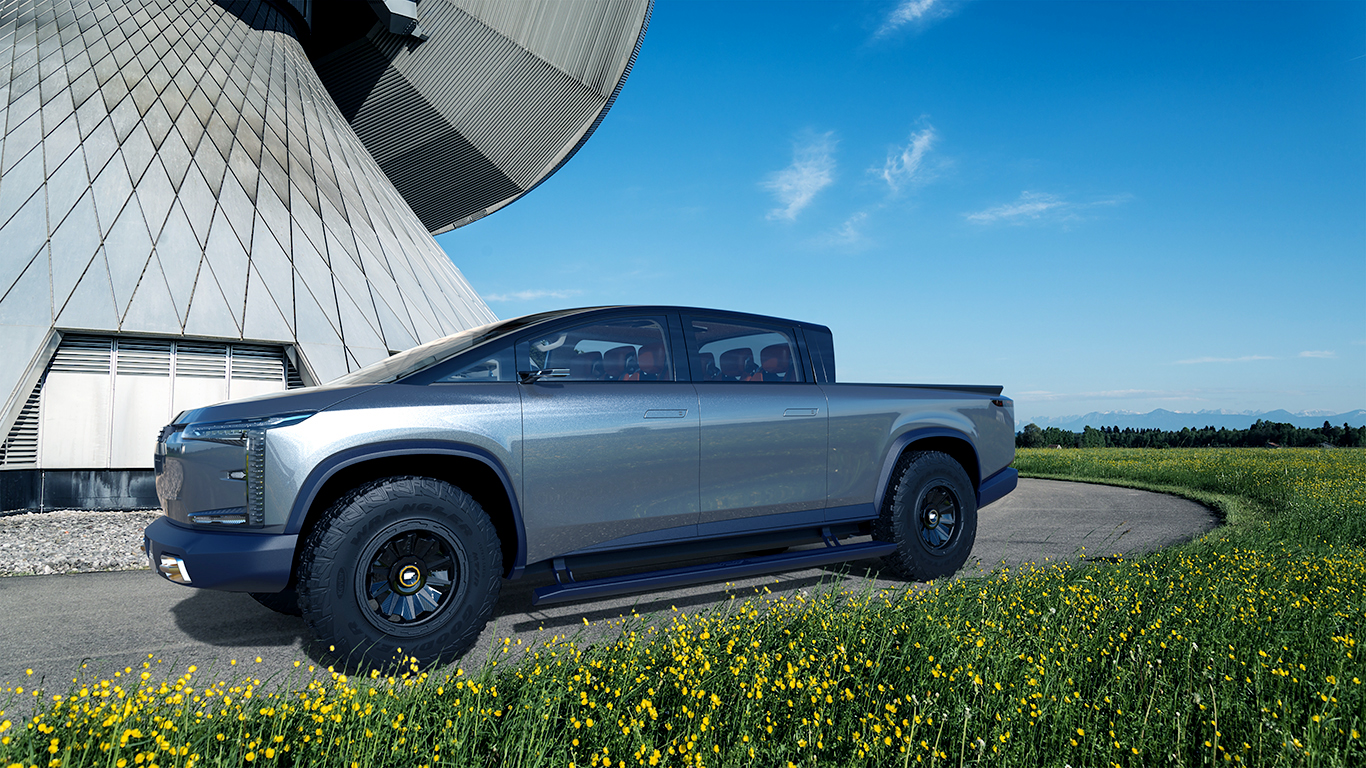 SPI Energy Co Ltd. intends to launch an all-electric pickup truck under the EdisonFuture brand in North America. Called the EF1-T, it will arrive is three configurations packing up to three motors for a sprint to 60 mph (97 km/h) in under four seconds.

The base spec called Standard will have only one electric motor and be able to make the sprint in 6.5 seconds. Premium will introduce a second motor and reduce that time to 4.5 seconds. Finally, the EF1-T Super will be a three-motor flagship version.

Specific power output and range numbers remain to be announced. The company also mentioned intentions to design a similar minivan named the EF1-V, which will share most of its equipment and options with the truck. These include LED lighting all around, cameras instead of side mirrors, and solar panels for some extra driving range (mounted on the roof in the van version and on the tonneau cover in the truck version).

Announced interior features include a HUD display, a digital dashboard, and a large 17.5-inch infotainment touchscreen. The truck bed will be available in two sizes of 2.0 and 2.5 meters (78 and 98 inches). SPI Energy believes it can start sales in just a few months.