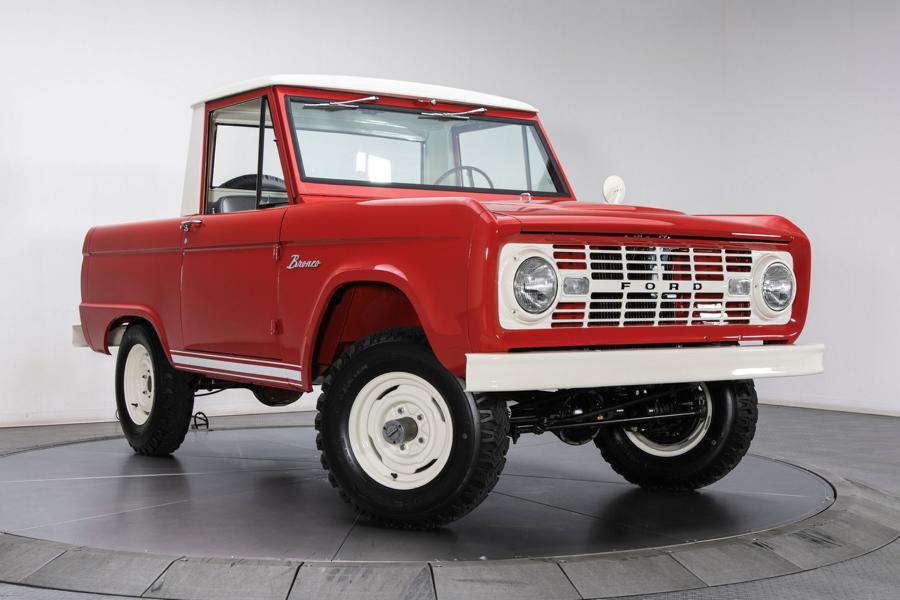 When Ford launched its model-year-1966 Bronco in 1965, it offered it in three body variants: three-door commercial vehicle, roadster, and half-cab pickup. One such pickup has been recently restored with just 6,637 km (4,124 miles) on the odo.

According to RK Motors Charlotte, the car had seen occasional use in a dealership before retiring, and has now resurfaced with refreshed looks and better tech.

The restorer took car to repaint it in a fashionable retro combination of red and white, adding a custom radiator grille with integrated halogen lamps and a simplified front bumper. The truck rides on modern axles and makes use of an inline-six engine working in tandem with a manual gearbox and a transfer case.

Watch the video to learn more about the project.