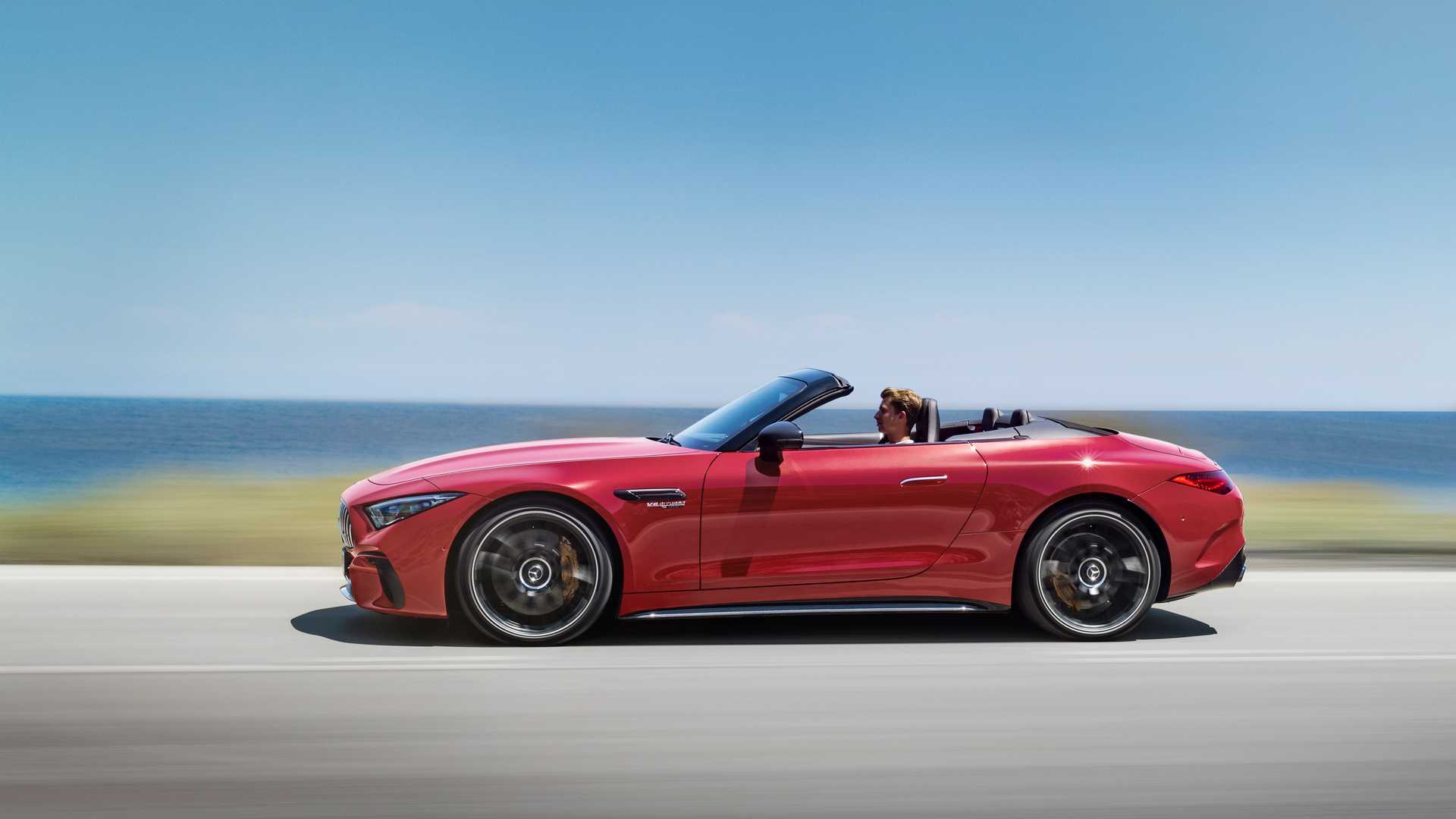 Mercedes-AMG has unveiled the much-anticipated SL Roadster. For the first time in two decades, the car uses a soft top instead of a hardtop, runs on a new platform, and has a plug-in hybrid variant coming up later.

The company claims that new architecture is both more rigid than the old one and weighs less. A lower center of gravity enables sharper steering and results in an exterior design that looks more aggressive and overall more in line with the times.

Interior photos had been posted online ahead of the premiere, but in case you missed them, the largest change is that the digital dashboard and the infotainment touchscreen are no longer merged together. The multimedia display is now portrait-oriented and standalone.