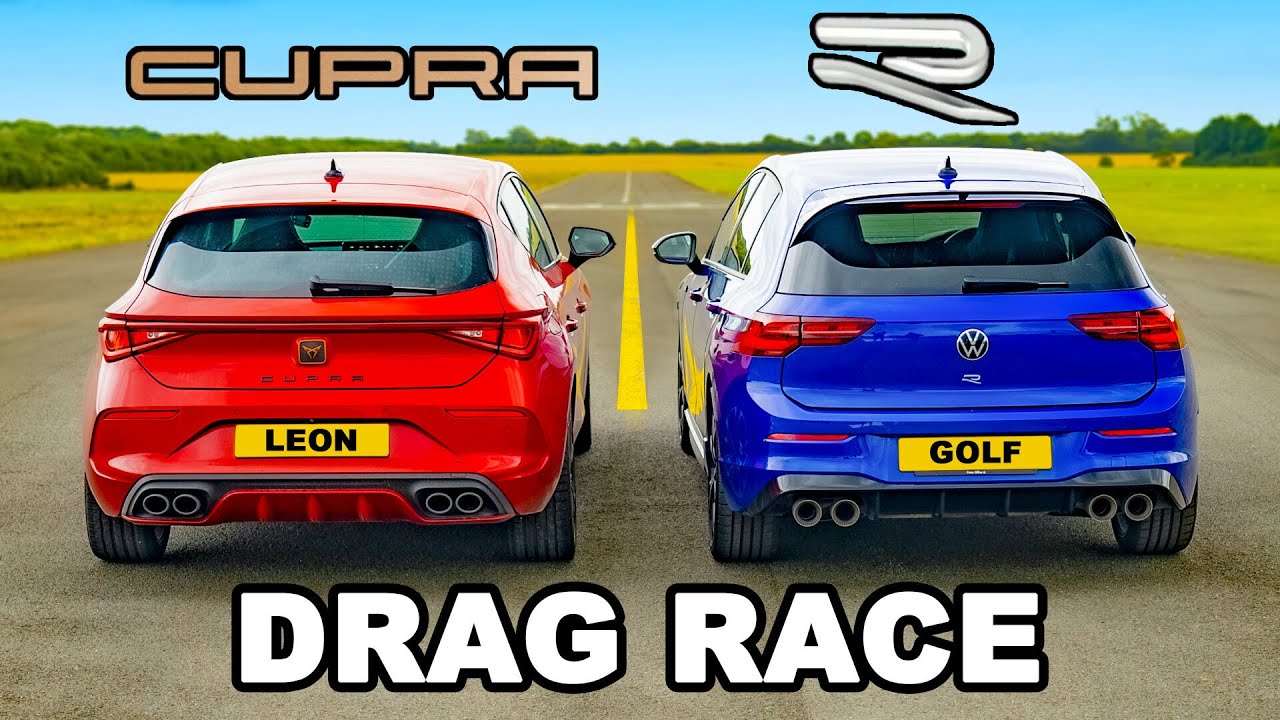 Hot hatchbacks are commonplace nowadays, but the Volkswagen Golf R stands on its own as the sales leader. Have you ever wondered whether its Spanish cousin, the Cupra Leon, could be a better alternative?

The two share much in common, including the engine, but weight and drive configurations are different, among other things. Let’s delve into the specifics before you watch the drag race video by CarWOW and see which one outperforms the other.

The Volkswagen Golf R comes equipped with a 2.0-liter four-cylinder turbo engine rated at 320 PS (316 hp / 235 kW) and 420 Nm (310 lb-ft) of torque. Its biggest ace is its AWD system sending the power efficiently to the asphalt, which can be decisive in drag racing, especially on low-traction surfaces.

Make your bets and watch the video!