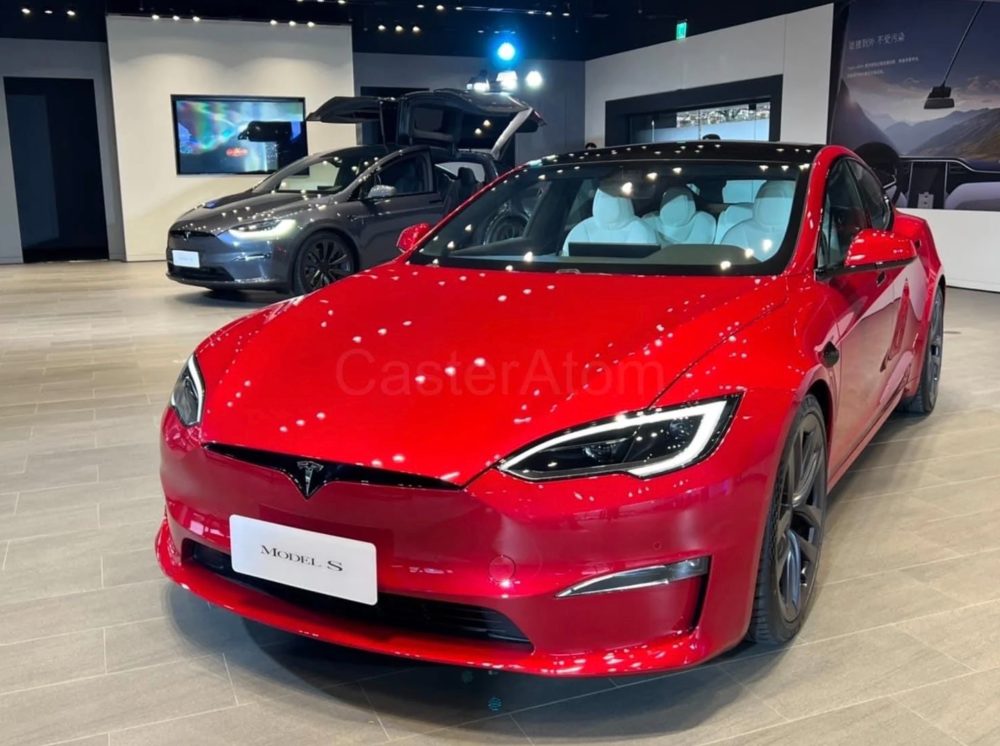 It looks like the Tesla Model S will be getting redesigned headlights, taillights and charging port: photos allegedly showing a 2022 facelift version had briefly appeared on the Electrek website with a link to a Caster group post on Facebook, which was removed shortly afterwards.

The liftback depicted on the low-resolution photos lacks a standard trim piece below the rear license plate and has a different taillight pattern. The headlights look like they received non-blinding Matrix LEDs from the newest Model 3 and Model Y.

The CSS charging port looks larger than before. While the images are not official, we suspect that they show what will eventually be the international Model S spec (the North American spec is so far the only one available worldwide). As for the Model X, it has its old lighting and the new charging port.

Tesla refreshed the Model S a year ago, revamping its interior and introducing a new top spec called Plaid (see video), which it claimed could sprint 0-100 km/h (62 mph) in less than two seconds given the right conditions.