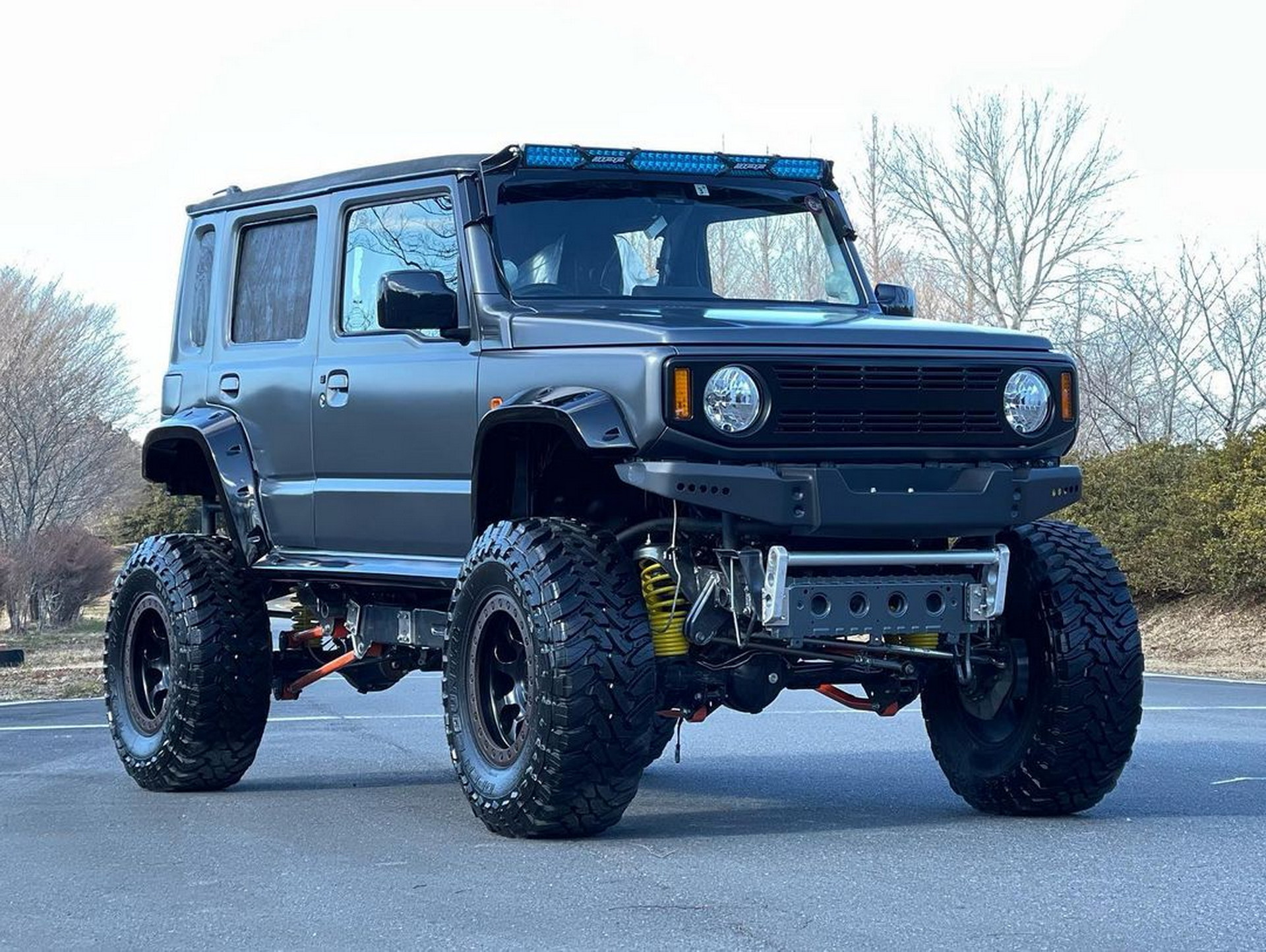 A student team from NATS Tokyo has unveiled a concept car based on the fourth-gen Suzuki Jimny off-roader, but with a longer five-door body and more ride height.

The team sawed the car in half and inserted a 40cm (15.6”) middle section, resulting in a vehicle 3,950 mm (154.2”) long. They had to design new parts, including special rear doors, and rework the rear fascia in order for the stretching to be possible.

The suspension received new shock absorbers, arms and springs, resulting in a 15.2cm (6-inch) lift compared to the stock version. 17-inch beadlock wheels in off-road tires replaced the standard ones.

Elsewhere, the one-off concept sports a Feldon Shelter roof tent, a winch, auxiliary lighting and a robust body kit complete with protective braces all around. The interior houses leather seats and a quality audio system.

The fourth-generation Jimny has been around for four years now, but Suzuki never released a five-door version of it. One is expected to appear sometime in 2022, but this is not official yet.