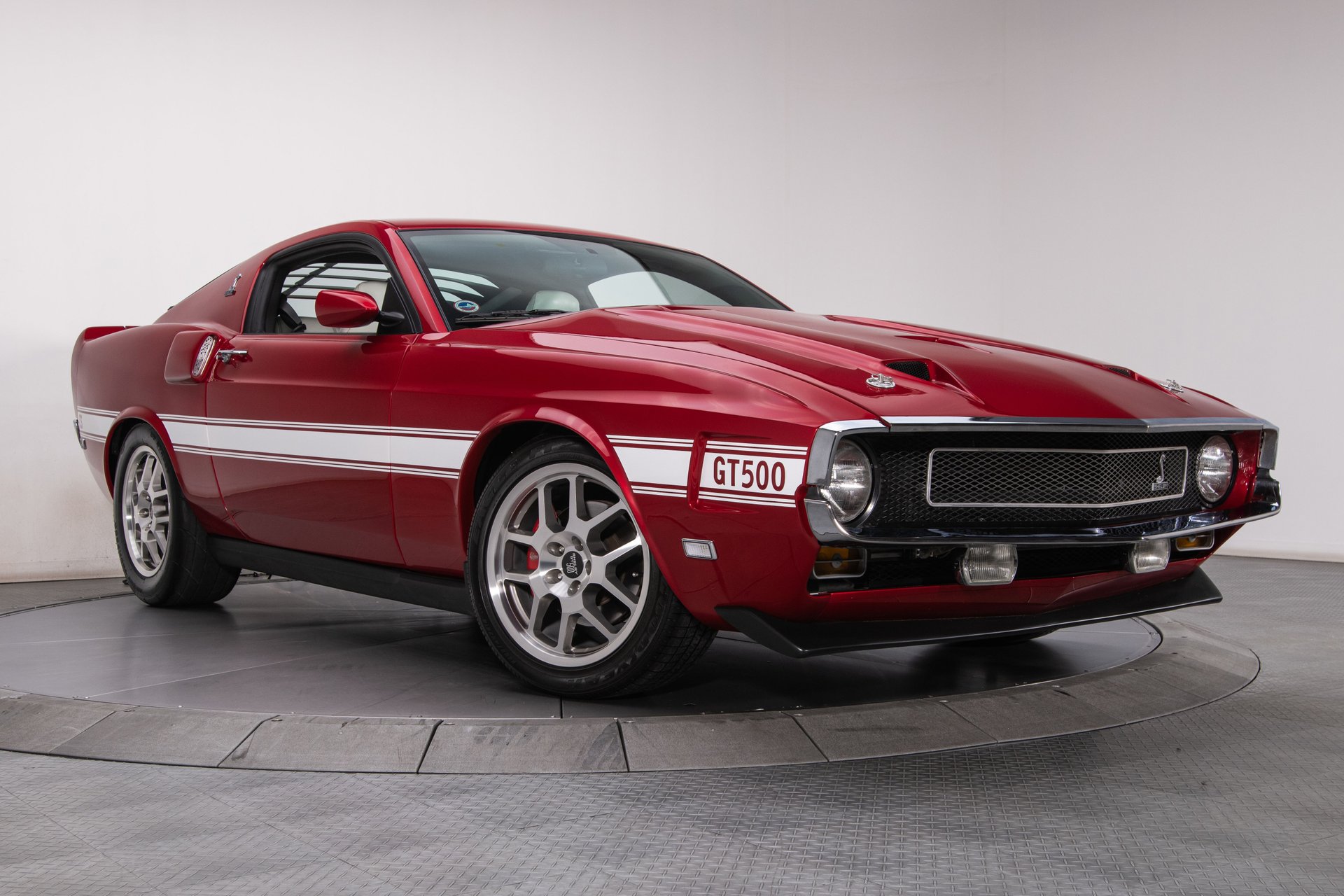 The car you see here looks very convincingly like a 1969 Shelby GT500, but there is a 2008 Ford Mustang hiding under all the mascara. The unique muscle car just found a new owner who handed over $65,000 for it, much less than the $150,000 price the original commands these days.

The conversion was carried out by Retrobuilt, which has other similar projects in its portfolio. The team had to tear down the entire car and replace the bodywork with all-new, custom-fabricated panels styled after the original Shelby GT500.

Power for the retromod comes from a 4.6-liter engine rated at 306 PS (302 hp / 225 kW) and 434 Nm (320 lb-ft) of torque. There are COMP Thumper camshafts, a cold air intake system and an H-shaped exhaust system with dual Roush mufflers. A five-speed manual transmission drives the wheels through a differential.

The vanilla GT500 (see video) made use of a giant seven-liter Cobra Jet V8 rated even higher than the mill used in this project. However, mushy suspension and capricious handling made it tricky to drive on track, and fuel economy was basically nonexistent.