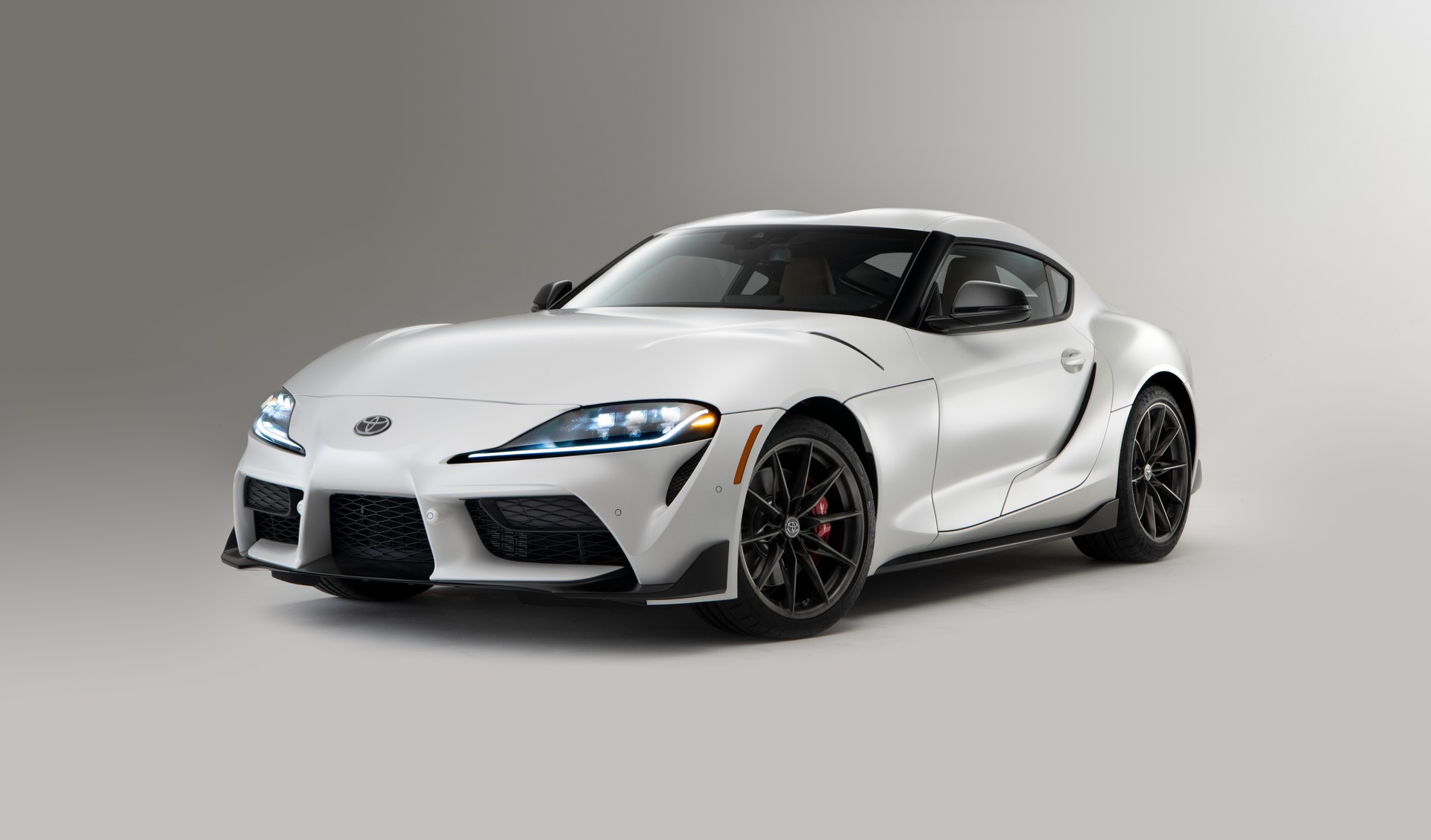 Toyota has unveiled a six-speed stick-shift variant of the GR Supra, which is obtainable exclusively with a 3.0-liter six-cylinder version of the sports car. Sales in Japan are scheduled for the autumn.

The iMT gearbox can also be found in other sports cars by Toyota, such as the recent GR Corolla. It still boasts a number of revisions and improvements in the new Supra, such as different gears, tighter gear ratios, and a new housing. The clutch is also stronger than usual.

As always, the car auto-adjusts engine RPM count whenever you floor the clutch and shift, but there is a setting to turn off this behavior. Various electronic aids have also been re-calibrated.

The three-pedal Toyota Supra will reach the United States market in a limited series named ‘A91-MT Edition’. Only 500 units will be made, finished in exclusive white and grey colors with red accents. Wheels will be sized 19 inches across, and the interior will be wrapped in Cognac Red leather by default. Other notable premium features will include Alcantara on the gear lever and a 12-channel JBL audio system.

Toyota claims it has also revised the behavior of the adaptive suspension system and certain other components, including ESP and steering. All technical improvements and tweaks will be implemented in all trim levels.