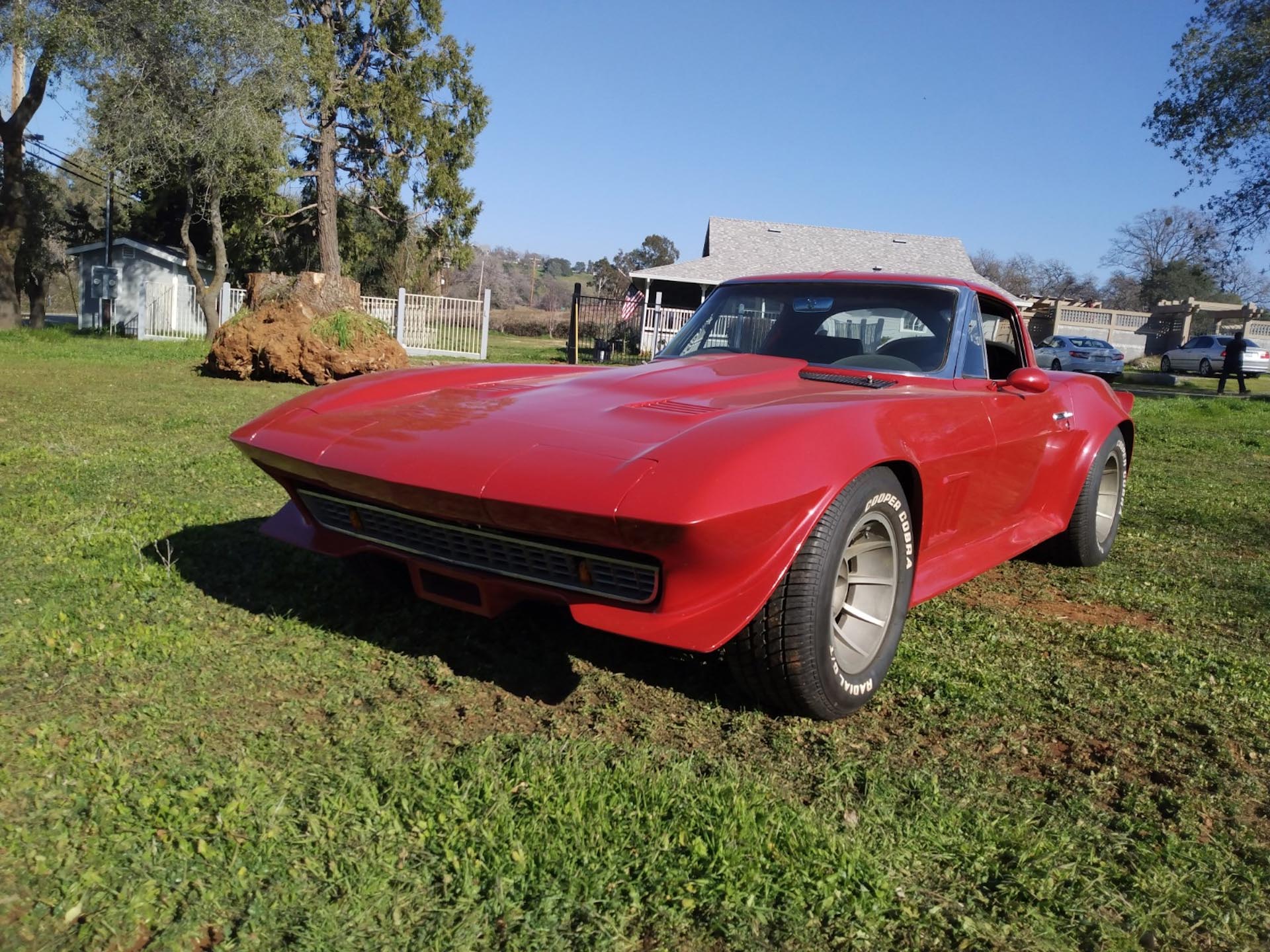 An unusual second-generation Chevy Corvette has cropped up on sale in the USA recently, sporting a number of dubious body modifications. The deal feel through with the top bid at $56,550 and reserve not met.

It would be an exaggeration to call the C2 Split Window rare, because over 10,000 units was produced and a well-preserved example would not be too difficult to find. On the other hand, while the regular C2 could currently be obtained for a little over $70,000 USD, the Split Window starts at nearly double that amount.

This specific coupe rolled off the assembly line in 1963 and underwent modification 12 years later. Its owner outfitted it with boldly flared arches and side sills, a wide custom tail-end, a bulging hood and flush door handles. There is a fuel filter visible under the rear glass, resembling those used by the Le Mans racers. 15-inch American Racing Turbo Vecs wheels fill out the arches, and the roof has a Plexiglass window split in two just like the rear one.

There is no mention of powertrain specs, but the owner had some maintenance done on the car three years ago. The engine seems to be non-original, but further details are lacking.

Back in the mid-1970s, such tuning would widely be considered attention-grabbing and fashionable. Now, however, it looks hopelessly outdated. It would appear that selling the car for the price of a non-modded Split Window would be borderline impossible.