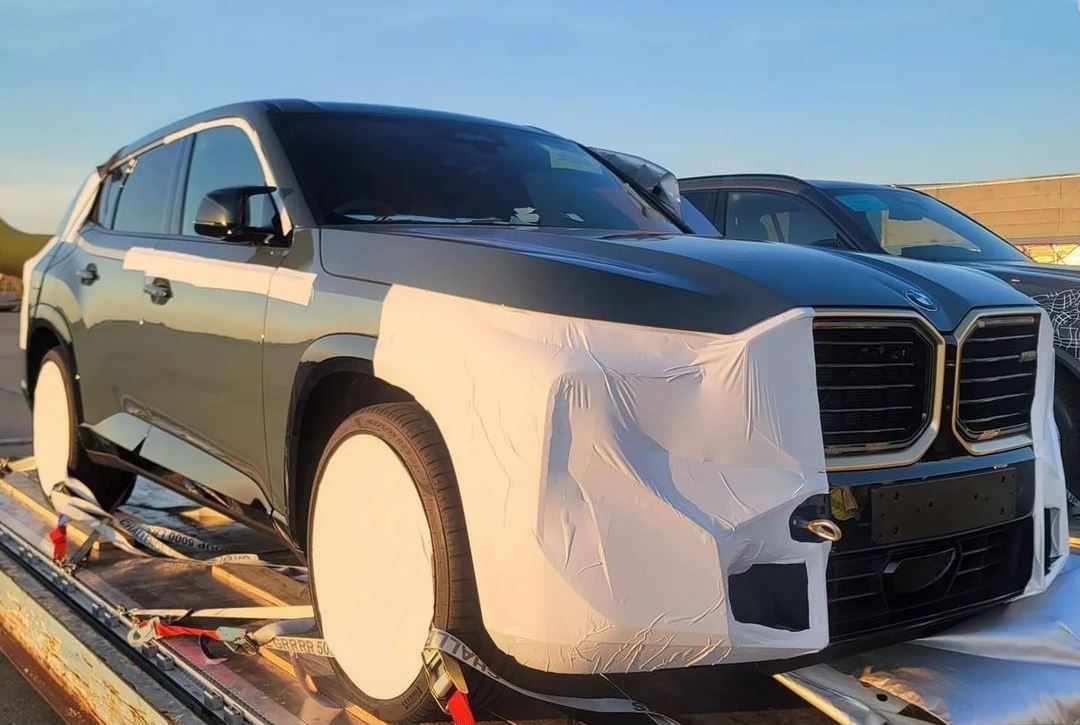 Camera-wielding spies have tracked down a barely cladded and production-ready BMW XM as it was being loaded onto a tow truck.

Based on the photos, the car will be available with numerous exterior accents in bronze. There will include the bezels of the giant radiator grille and the side sill moldings with the name of the model printed on them.

The car has four tailpipes grouped by two at each side, as well as two hatches. It looks like the hatch on the front fender could conceal a charging port, while the other one probably leads to the fuel tank. Overall, the XM stays true to its concept version (see video) as far as the outlines, the unusually curved shoulder line and the massive rear overhang are concerned.

The cabin is still draped with camo, but you can discern a large transmission mode selector and a tri-spoke sports steering wheel with red M1 and M2 buttons on it. Like other recent BMWs, the new XM will most likely get the Digital Cockpit feature, which combines the digital dash and the infotainment display into a single unit.