Feast your eyes on a finely crafted Renault 5 restomod 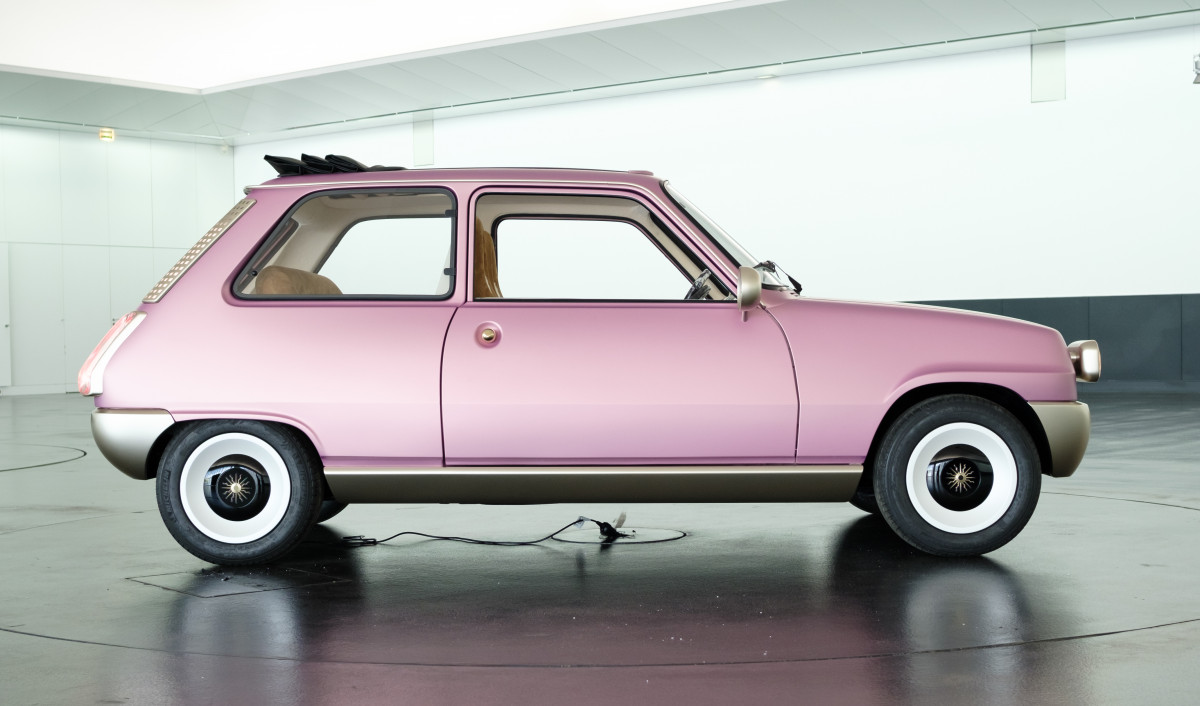 Renault has resurrected the iconic first generation of its model number five to celebrate its 50th birthday. Designer Pierre Gonalons took part in the project, trimming the hatchback with golden accents and giving it a unique carbon/marble steering wheel.

The revived Renault 5 is an electric car, but there is no mention of its power, battery capacity or range anywhere. Since it is a one-off creation intended for auction sale, we may as well never learn about these details.

Despite having been produced in 1972, the body has retained the majority of its original trim parts. The design team let the headlight pop out a bit and sprayed golden paint on the side sills, bumpers, fake grille and smaller trim pieces to create a contrast against the main pink color. The latter was also intermixed with tiny golden particles and applied in three layers.

The Alpine 5 version provided the wheels, and a folding soft top appeared in the roof. Aside from the steering wheel, marble can be found on the center tunnel.

A trio of round displays occupied the dashboard, and golden inserts were added to the air vents and door panels. A phone holder was put into the middle of the dash. The woolen carpets, seat upholstery and horsehair trim details were designed specifically for this project.