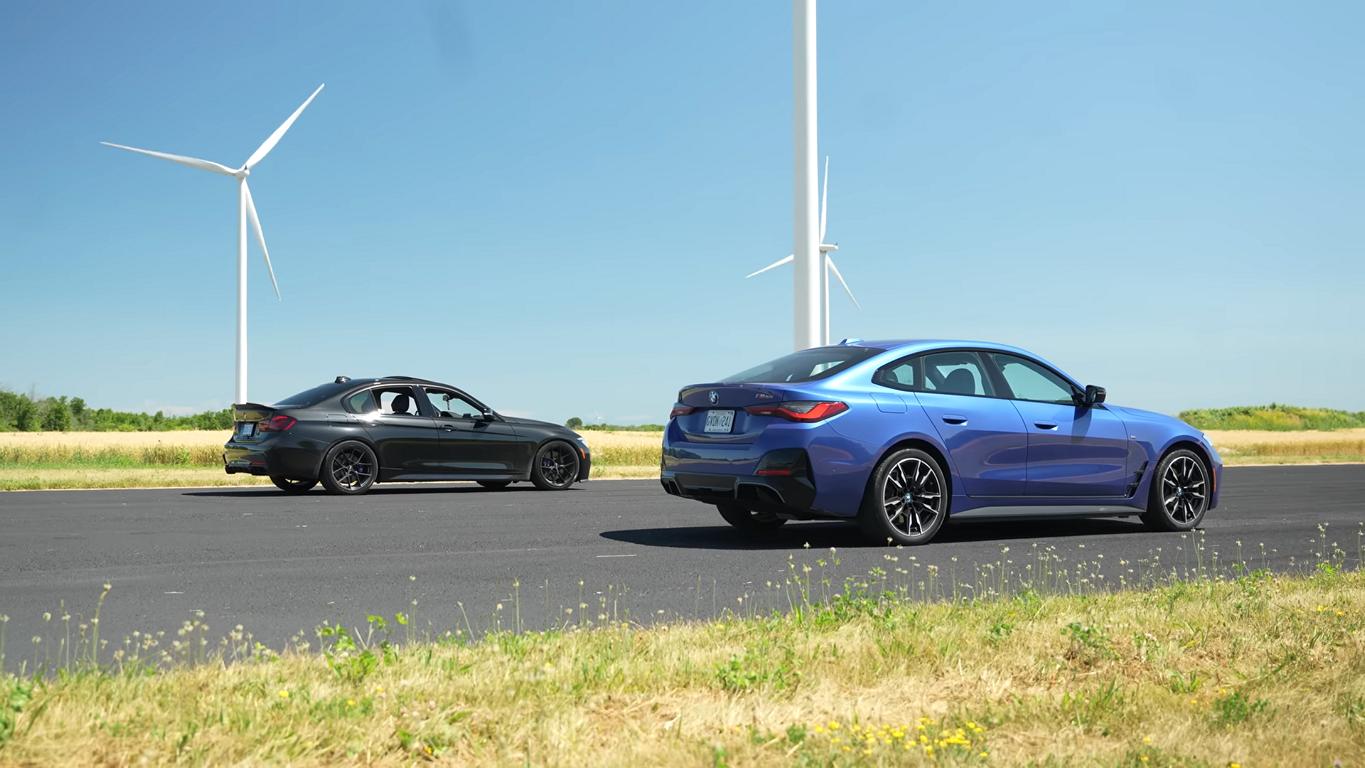 If you think that watching cars with nearly identical specifications race each other on the drag strip is boring, Sam CarLegion has a treat for you: this video puts an electric BMW i4 M50 up against an outdated, but extensively tuned F30-gen BMW 340i.

As such, the power difference between the two is negligible, but the torque can play the decisive role in the race. Weighing down the EV – quite literally – is its battery pack, which makes it whopping 550 kilos (1,212 lbs) heavier than the classic car.

Which of these factors is going to be the most important, the torque or the weight? Watch the video and find out!