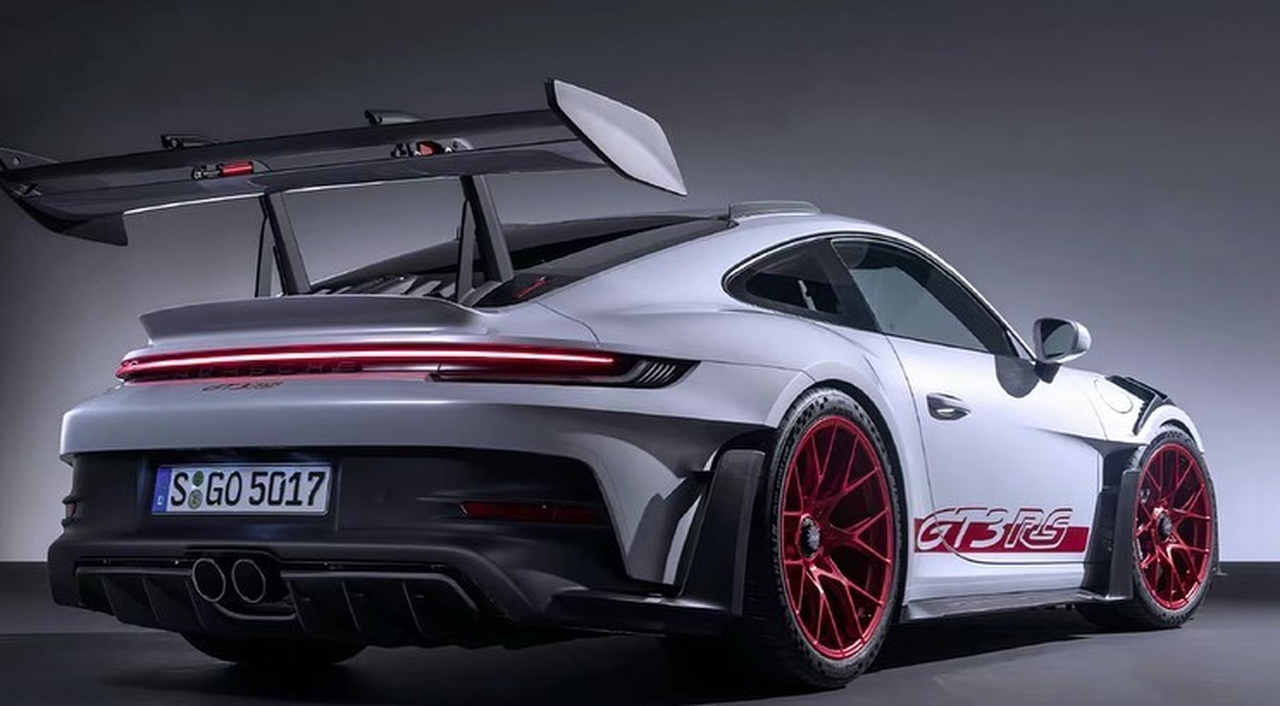 Someone named Trevor Colin has posted what appears to be the official photos of the hardcore Porsche 911 GT3 RS to their social media pages ahead of the reveal. The images provide a good look at the car’s impressive body kit.

There are plentiful air intakes and vents all around, including on the hood, the bumpers and the fenders both front and rear. Black trim pieces make them stand out even more against a light body.

The supercar rides on 20-inch centerlock wheels at the front axle and larger 21-inch ones at the rear axle. The specification name is written in capitals on the side of the car. The rear wing adjusts attack angle to maximize downforce.

A peek inside reveals four rotary knobs grouped by two at each side of the lower spoke. Standard Porsche cars only have one such knob, which is used to select drive models. It looks like the 911 GT3 RS will enable its owners to switch between multiple system settings on the go.