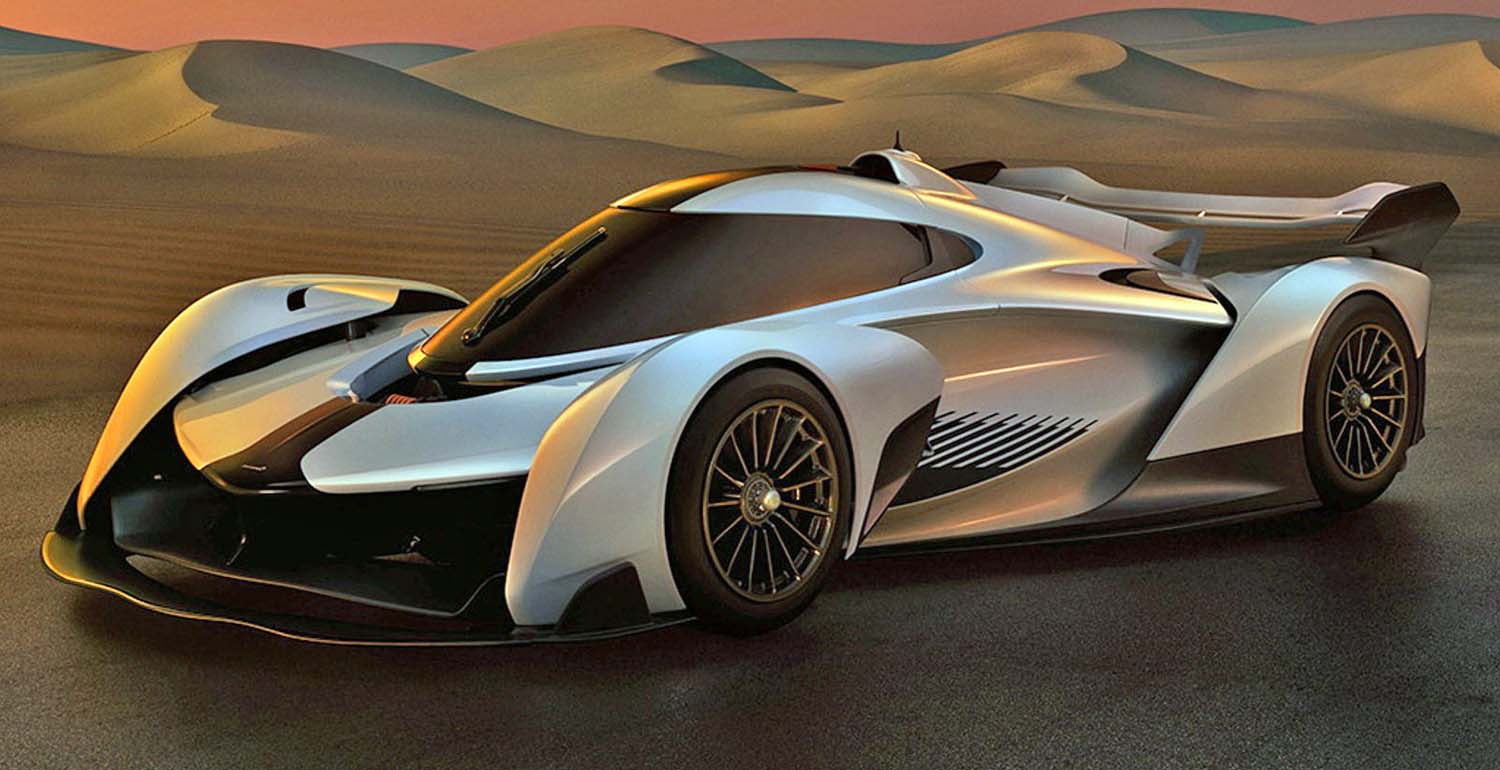 The McLaren Solus GT is a track-focused one-seater inspired by the McLaren Ultimate Vision Gran Turismo concept only found in the Gran Turismo Sport video game series. That is, until now: after five years of positive feedback from fans, the automaker has resolved to produce 25 such cars, each armed with a potent 5.2-liter V10.

The engineering team responsible for the project did not target any specific racing regulations, ending up with a non-road-compliant vehicle wearing an elaborate and complex body kit. The design even lets air flow between the body and the wheels, generating up to 1,200 kilograms (2,645 pounds) of downforce. The Solus GT weighs less than a metric ton (2,200 lbs) and looks almost exactly like its game prototype.

The cabin sports a monocoque design, while the suspension is adjustable and utilizes dual wishbones all around – with pushrods at the front axle and pull-rods at the rear one. Carbon-ceramic brakes come with six-piston calipers and are also adjustable.

Drivers are invited to use the sunroof to get inside, as there are no doors. The only seat is immovable and non-adjustable, but McLaren says all buyers will have it finely tuned for their body proportions straight at the factory. On the contrary, the steering wheel and the pedal unit can be tweaked freely.

The wheel itself evokes associations with Formula racecars with its small in-built dash screen. There is a digital rear mirror just below the headliner, and the package additionally includes a full racing suit, a helmet, and some track driving courses.

The first buyers will get their Solus GT racecars in the next spring. Pricing is being unofficially estimated at U.S. $3–3.5 million.