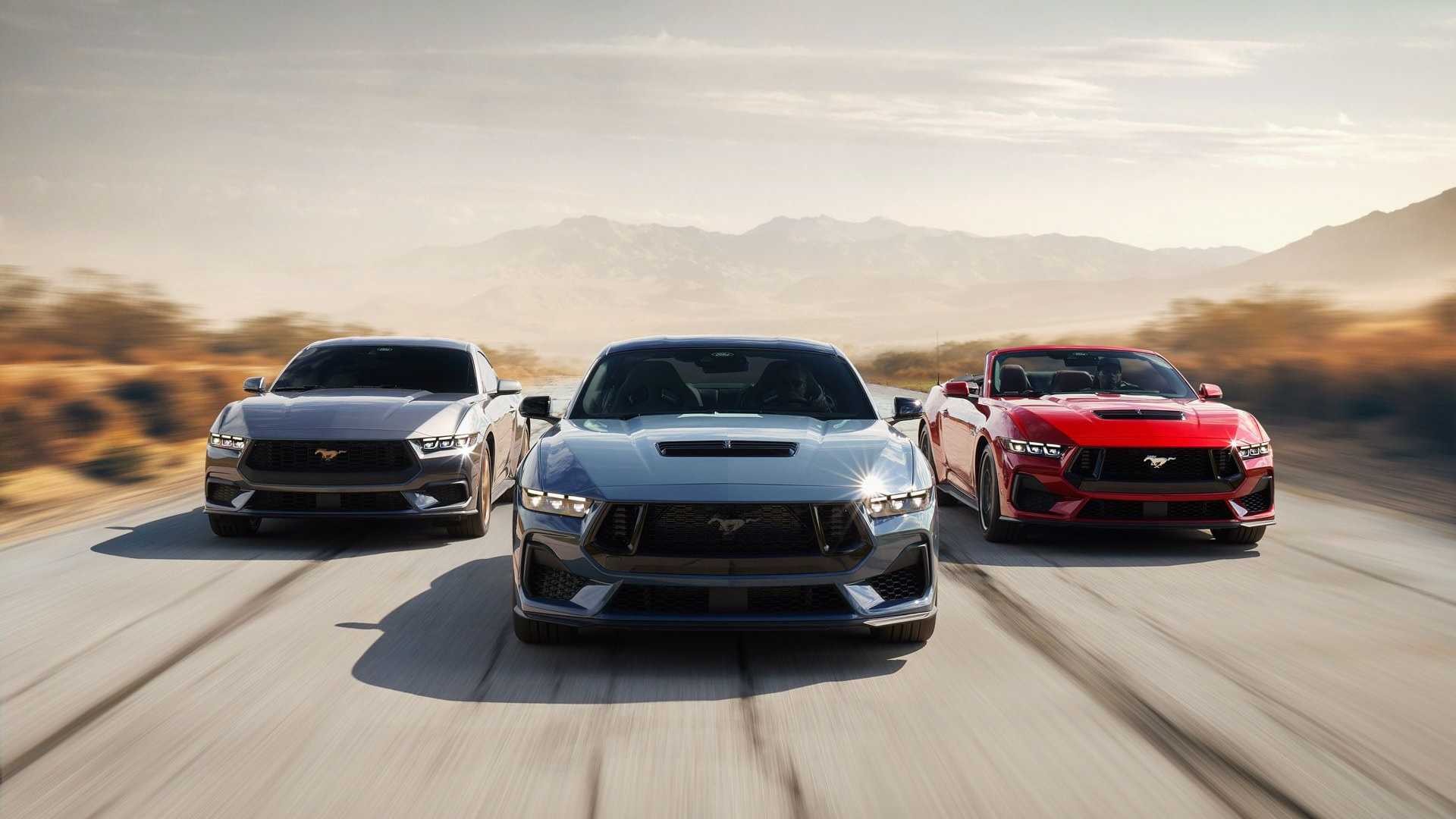 The sixth generation of the Ford Mustang went into production in 2014 and has since led the sales in the sports car segment of the international market. However, in the United States, the model lost its footing in 2016 and went on a decline, necessitating a new generation A.S.A.P. It has now officially debuted at the Detroit Motor Show.

The exterior stays recognizable with added touches that make the new Mustang look like its ancestor from the 1960s. Ford has worked on improving its drag performance and reshaping the roofline so that taller drivers would no longer have to take off their helmets on the racetrack before getting inside the car.

In its GT guise, the new ‘Stang boasts larger air vents and extra body kit parts. Customers can choose from 11 exterior finishes including two brand-new ones – Vapor Blue and Yellow Splash. The wheels have also also been redesigned, and while the base spec rides on 17-inch rollers, the GT makes use of 19-inch rims.

Interior highlights include a new steering wheel, B&O audio, and wireless charging. The driver’s interface consists of two curved displays merged into one. The dashboard screen is 12.4 inches large and the infotainment system spans 13.2 inches of diagonal size. All HVAC controls are now accessible via the infotainment UI.

Ford has yet to reveal the engine lineup in detail, but we know firsthand that both the old four-pot and the 5.0-liter V8 were reworked.

The domestic sales of the new Mustang are planned for summer 2023.