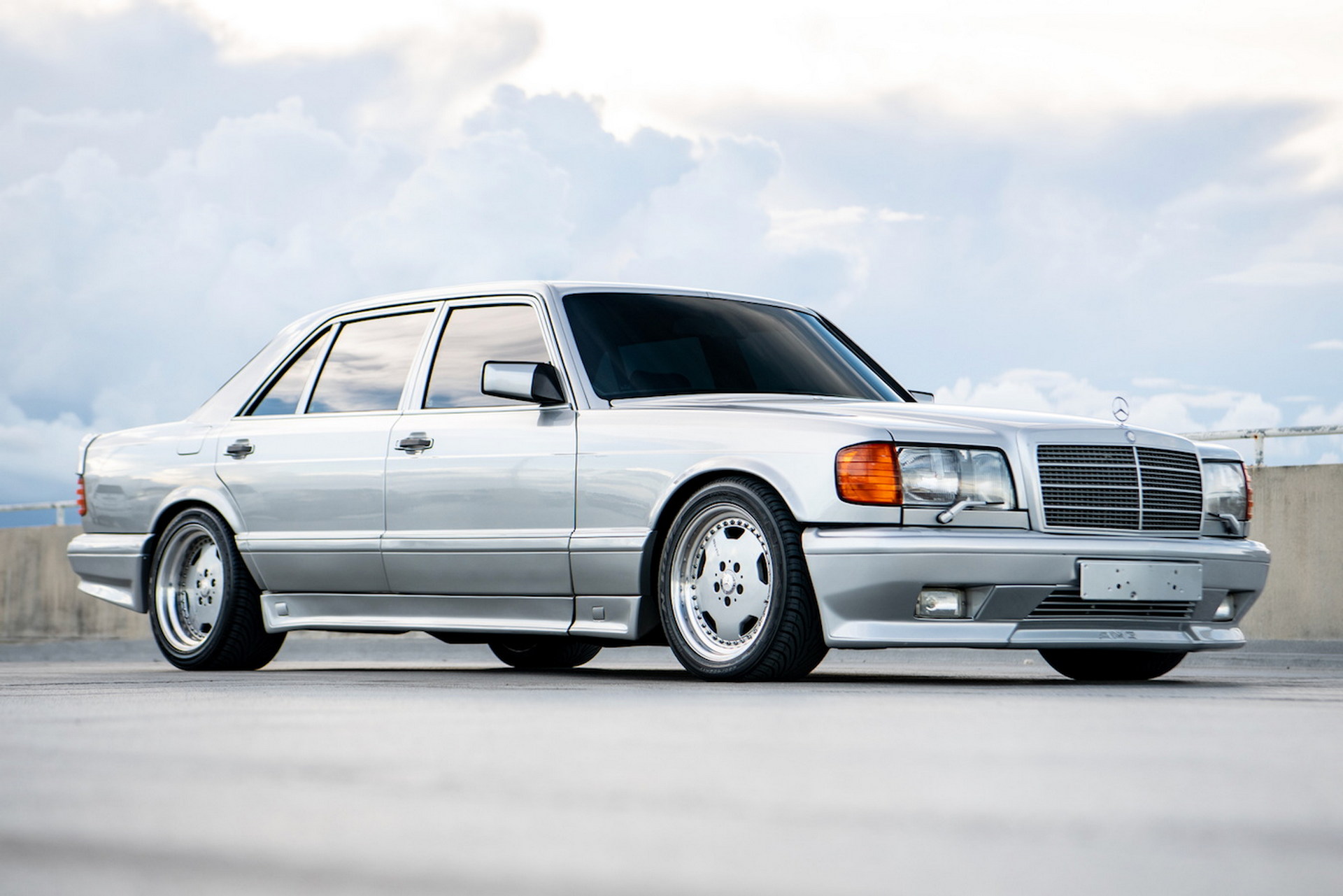 Back in the time when AMG was still a standalone tuner and not a division of Mercedes-Benz, it produced an opulent S-Class saloon with an OEM-quality body kit and a major performance boost. Someone put the car on sale this week.

What you see here is essentially a 1991 Mercedes-Benz 560 SEL originally equipped with a 5.5-liter V8. For a customer in Japan, AMG stroked the block to full six liters of displacement and installed twin camshafts along with four valves per cylinder. The output rose by around 100 horsepower to 385 PS (380 hp / 283 kW) and 556 Nm (410 lb-ft) of torque.

Aside from the tune, the car ended up with a reworked four-speed A/T, a Torsen LSD, and a reinforced rear subframe. Its originally black body was later repainted in silver along with the body kit consisting of two bumpers, side skirts and a rear spoiler. OZ Racing alloy wheels slotted in the arches, and dual exhaust tips were installed – a first for the S-Class of that era.

A few days ago, the car surfaced on sale with a touch under 73,000 kilometers (45,500 miles) on the odometer. The bidding had made it to an impressive $140,000 USD when the seller apparently pulled the plug on the auction.