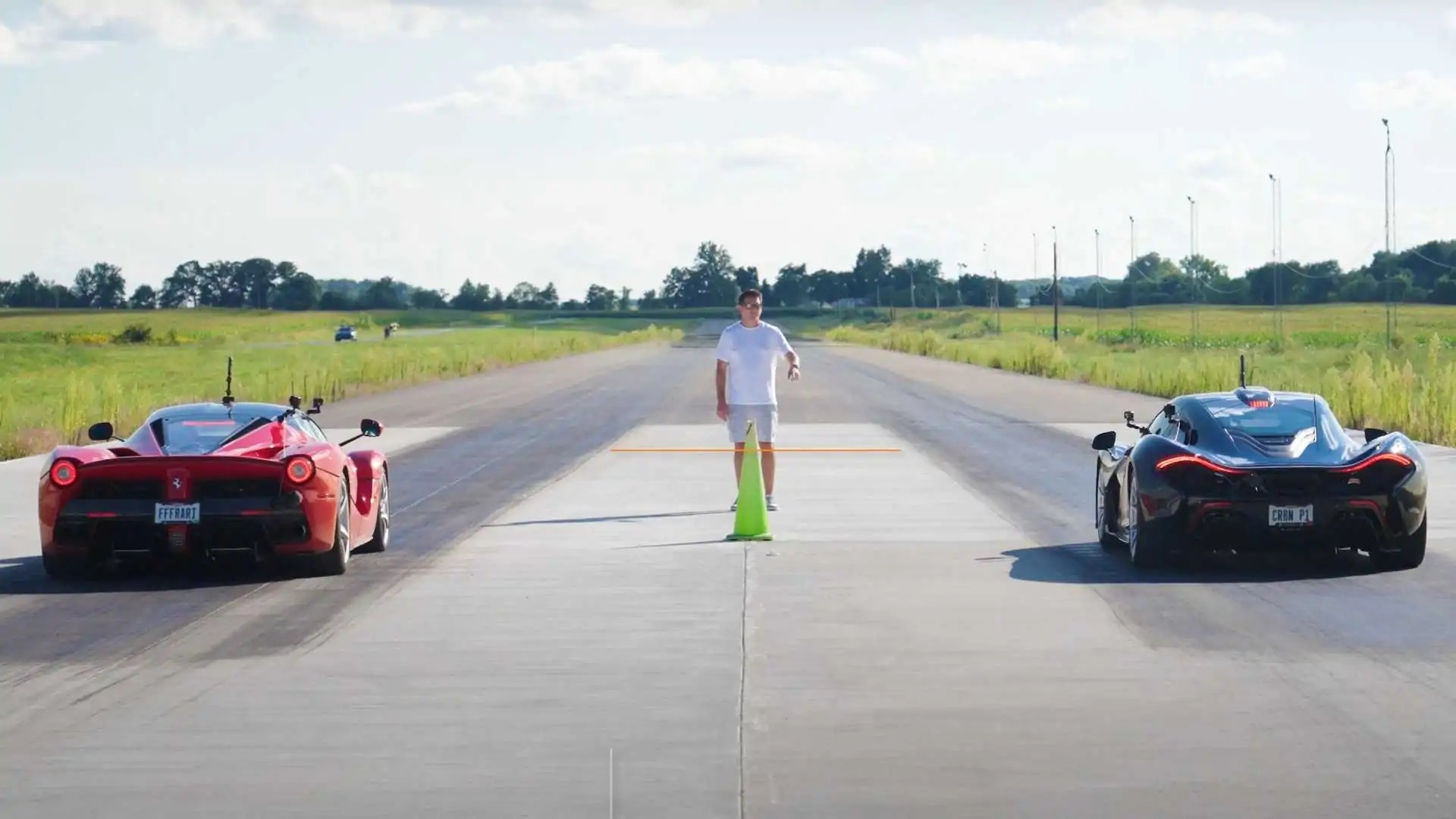 We have seen countless supercars go up against one another on the drag strip, but seeing the elusive Ferrari LaFerrari tackle the legendary McLaren P1 is something different altogether. Thanks to the YouTube team of DragTimes, we may now enjoy this historical showdown between two power-laden superhybrids.

To be entirely honest, there was only one race. The second attempt saw the McLaren P1 stop abruptly right after the launch, apparently when the driver was switching into second gear. The white smoke indicated a roasted clutch – something that would look bad on any car, let alone one as expensive to fix as the P1.

Anyway, the driver said he saw the message on the dashboard about the clutch overheating and immediately let go of the accelerator pedal, but it was apparently too late by then.

Still, we absolutely recommend watching the first race, as it’s not something you’ll see every day (or, for most of us, ever in life).