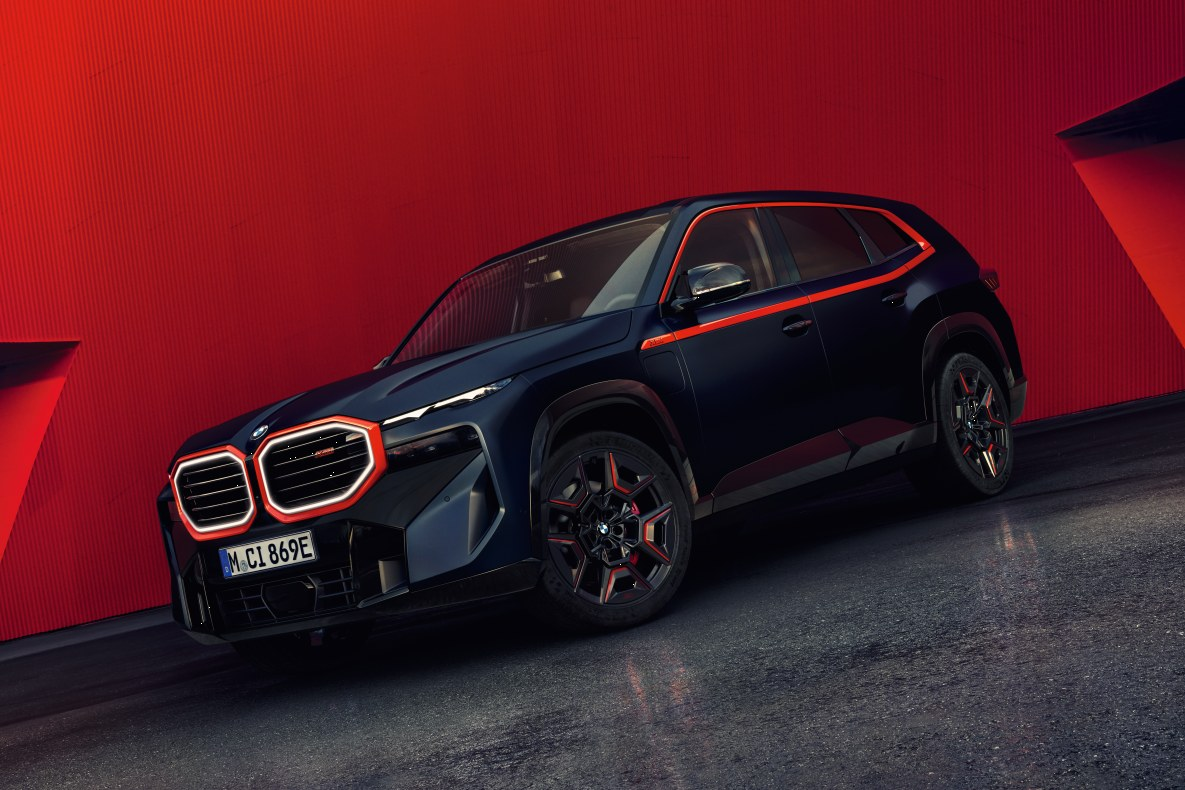 Shortly after unveiling the first ‘native’ BMW M off-roader, the Bavarian automaker has shared a few teaser pics of its flagship version – the Label Red. Its assembly won’t begin until 2023, but some specifications are no longer secret.

As the name implies, the car comes adorned with red exterior elements – wheel inserts, window frames and the radiator grille bezel, to name a few. The grille also has red letters ‘XM’ on it. Those who would like to keep a low profile (if that’s at all possible with a BMW XM) may opt for Shadow Line package and get black accents instead.

Cabin photos aren’t there yet, but the company says the trim is also red and black. What little of it can be seen in the photos reveals sport seats at the front row with red headrests.