Citroen’s first car with new logo is a recycled EV 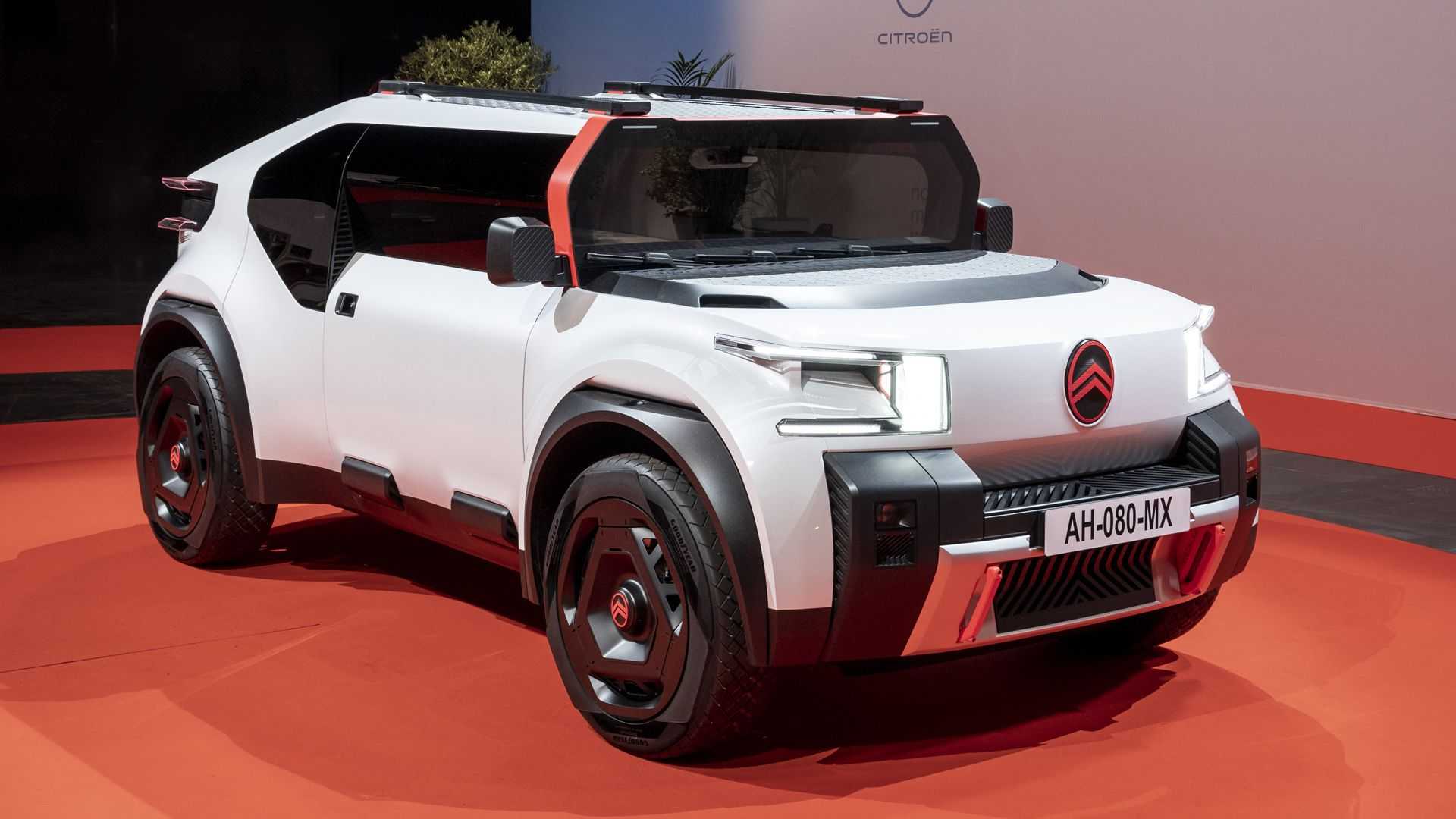 The updated double chevron badge has only debuted recently, and already Citroen puts it on its all-electric concept car, the Oli.

The prototype is styled as an urban pickup truck. Its rear doors swing open against the traffic, and while the bed isn’t a match to full-size pickups, it can still serve those looking to transport large things in their car. The windshield is nearly vertical, and the entire bodywork is unitized as much as possible.

A look inside the cabin reveals a minimalistic trim made of recycled materials, seats built from just eight parts each instead of the average 37, and barely any modern comforts on board. There are no power windows, no noise proofing, no infotainment – the message here clearly is ‘less is more’. Being 4.2 meters (164 inches) long, the car weighs around 1,000 kilos (2,200 lbs).

Citroen claims a fully charged battery gives it around 400 kilometers (250 miles) of range, and replenishing 80% of the charge is a matter of mere 23 minutes.

The concept will not reach the market anytime soon, but some of its tech might find use in future production cars.