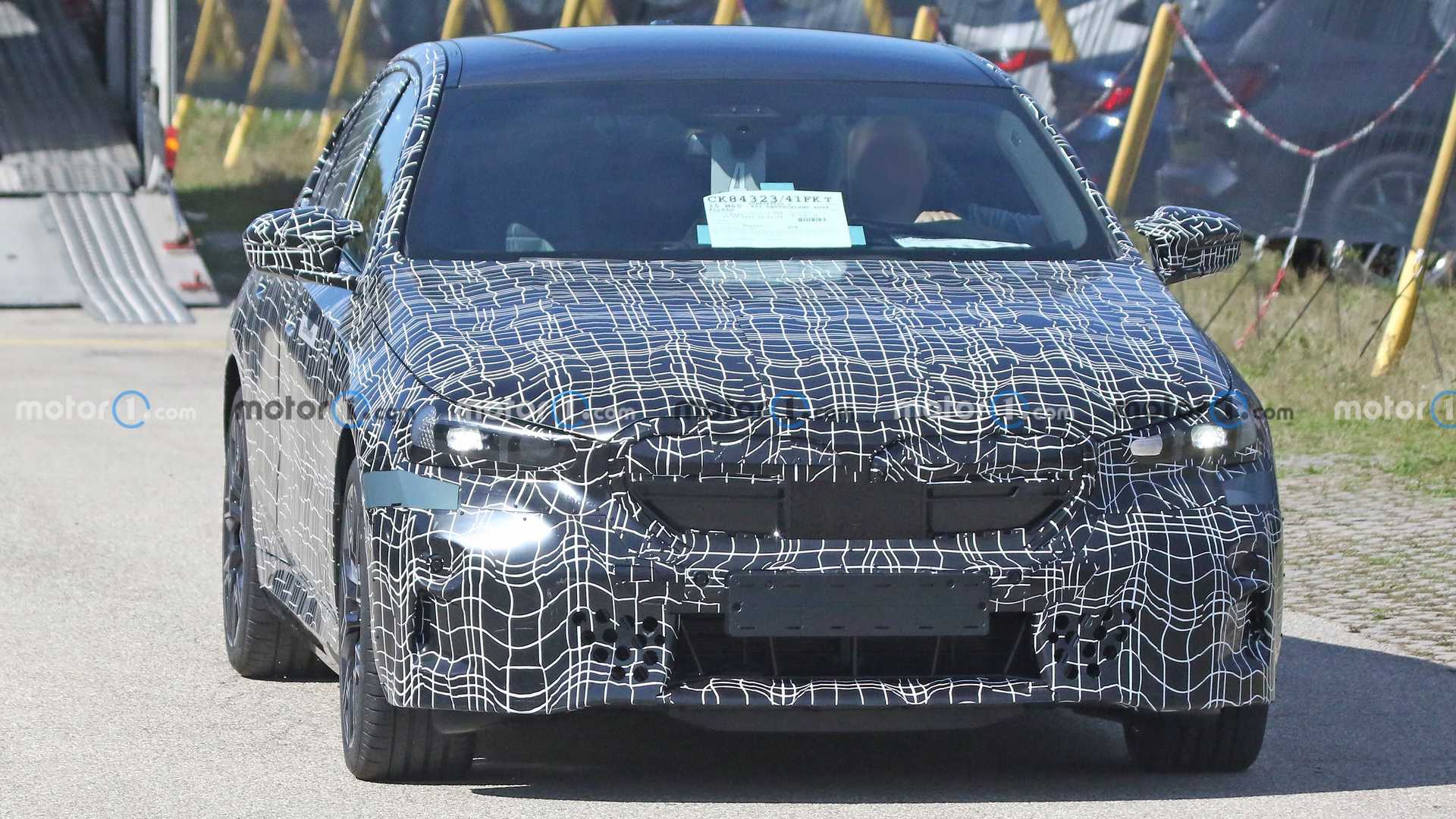 The all-electric BMW i5 sedan will get an M version, Motor1 reports referencing two sets of recently made spy photos. Chances are good that the car will share its powertrain with the BMW iX.

The more recent prototype clad in white camo was sighted being unloaded from a trailer – you can find it towards the end of the gallery below. The car had a sticker on its windshield listing some internal codes and designations, including its model name: i5 M60. If this isn’t convincing enough, look for an M badge on the front grille.

It seems that the i5 comes equipped with the same dual-motor setup as the BMW iX M60. Insiders say the power output will be dialed down slightly to distance the SUV from the sedan as the more premium option. The current iX has 619 PS (611 hp / 456 kW) at its disposal, so it would make sense for the i5 to make around 600 PS (592 hp / 441 kW) or slightly less.

The other prototype caught on camera not long ago had the designation ‘i5 40’. It is worth noting that BMW already has one car with such an index – the i4 eDrive40. It comes equipped with a sole motor delivering 335 PS (330 hp / 246 kW). One cannot rule out that the new i5 will get the exact same powertrain in its most affordable implementation.

Earlier reports said the BMW i5 would debut next year. Carscoops points out that the less sporty of the two prototypes had already shed some camo and wore a regular full-body cover to the streets, possibly indicating production readiness. If so, we might as well see it before the end of the year.