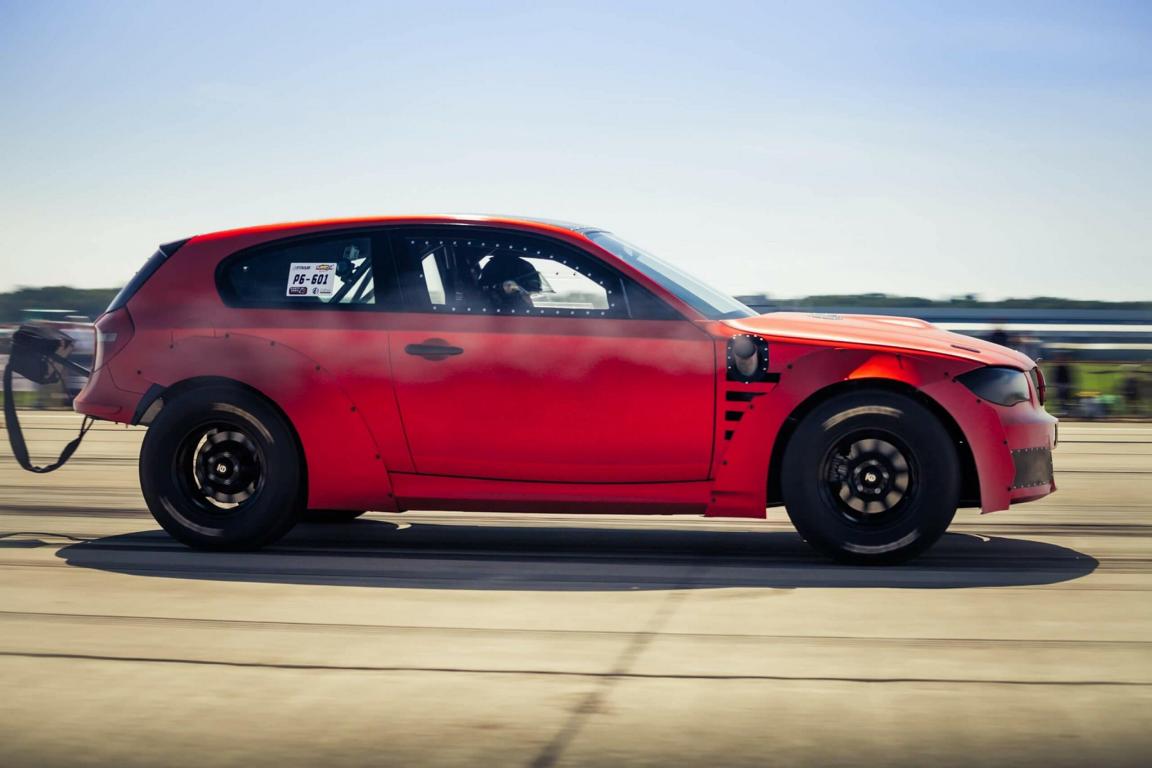 There is a common misconception that diesel sports cars are only good for hill climbing and off-road racing. Sure, high peak torque is their strong suit, but what would you say about this BMW E87 doing a quarter-mile run in 8.31 seconds? That it shouldn’t be true? That’s what we had thought at first, too.

But the car actually exists and enjoys some extreme tuning that saw its 118d diesel engine replaced with the inline-six of the 335d. You may remember as the engine the E90 BMW 3-Series came equipped with. The tuner had it outfitted with numerous other OEM components scavenged from the marque’s other diesel cars to ensure compatibility and reliability. He then hooked the engine up to an eight-speed auto transmission sourced from an X6 SUV.

At a drag race that took place in Romania around a week ago, the lightweight and monstrously powerful 1-Series completed its 402-meter run in the above mentioned 8.31 seconds, setting a record in its own class. It was able to reach 270 km/h (167.8 mph) towards the finish, too. As for the launch time, it smashed through 100 km/h (62 mph) just 1.87 seconds from the start, surpassing even the formidable Tesla Model S Plaid in sheer acceleration power. The organizers of the race were quick to crown it as the fastest-accelerating diesel BMW in history. We weren’t able to find proof that claim, but it sounds true enough.

Watch the vid and tell us what you think!