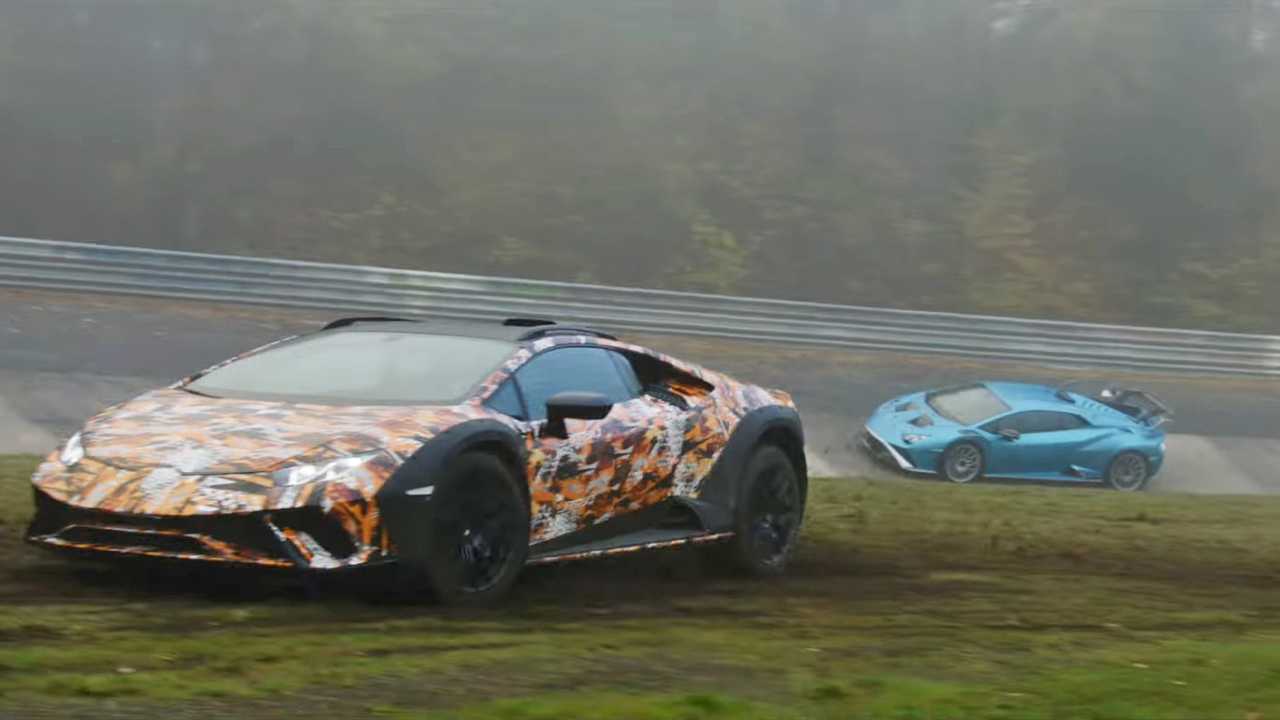 We already know what the Lamborghini Huracan Sterrato looks like, but it remains to be seen what it its oily bits are. The premiere seems only days away, but in the meantime, Lambo was kind enough to treat us to a new video showing its off-roading supercar driven bad at the Nürburgring.

In professional motorsports, touching grass is not considered a simple blunder – you may lose control and crash if you are not careful. It is therefore quite gratifying seeing the Sterrato driver in the video trample all over the grass with no consequences whatsoever. He appears to feel equally at home with driving on the track and the sideline, a notion almost offensive to most owners of traditional supercars.

The Huracan Sterrato will be joining the Porsche 911 Dakar in its sparsely populated market segment of cross-country-capable supercars. To that end, it will get all-terrain tires and raised suspension along with some other improvements.