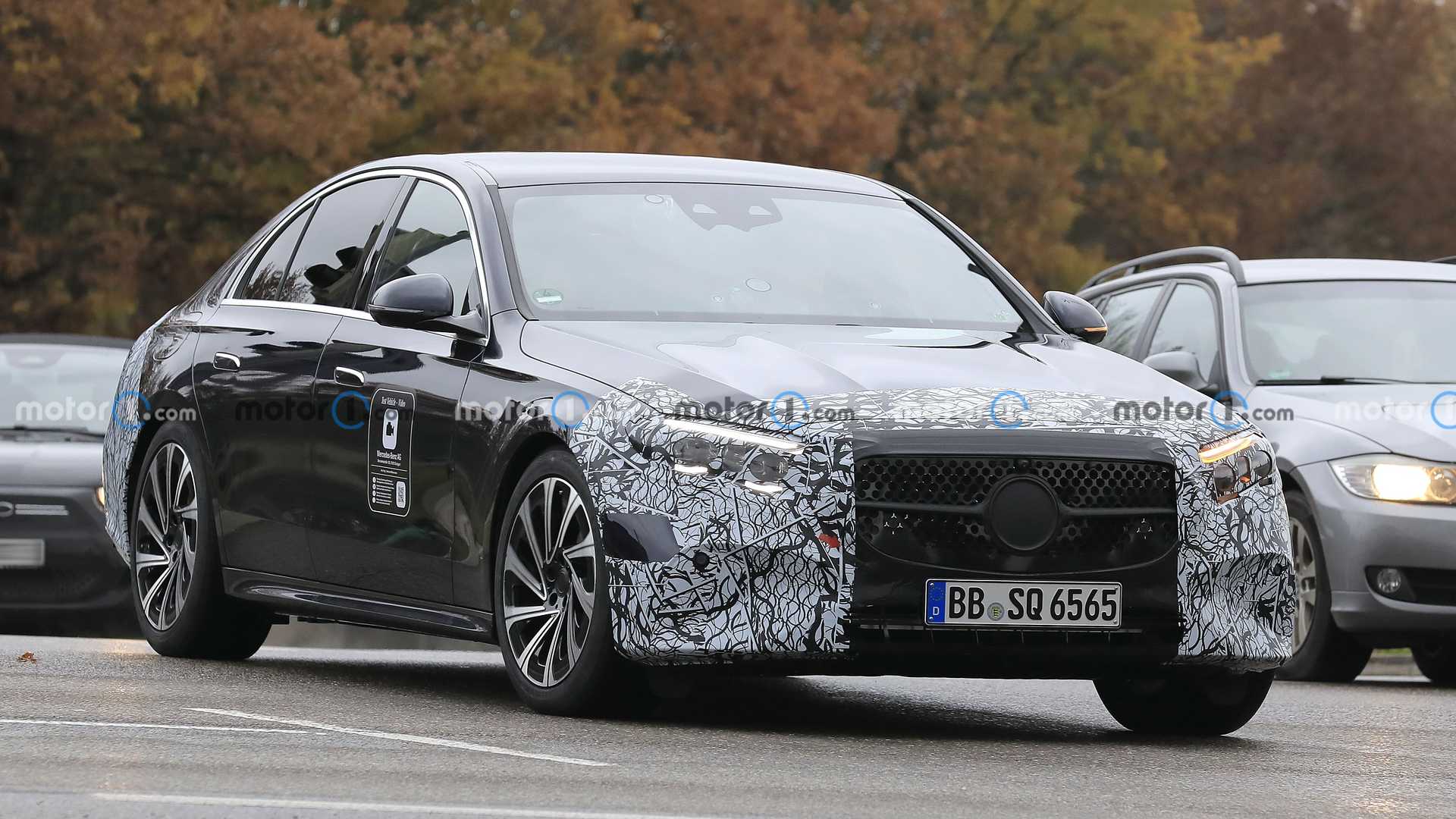 It is a good question whether we will see the new Mercedes-Benz E-Class officially revealed this year or not, but the latest spy photos suggest that it is already finalized in most aspects.

The test vehicle was spotted driven around in Germany with only minimal camo on. The photographer even managed to catch a sneak peek of the cabin, revealing a completely new layout at the front with a large display extending downwards from the middle, like in the recent EQE. The rest was concealed by opaque cloth.

On the outside, the wrap is only present at the front and the rear end, where it conceals a new radiator grille, bumpers and lighting. The wheels and tires also look native to the model.