The largest Toyota Highlander shows up on a teaser pic 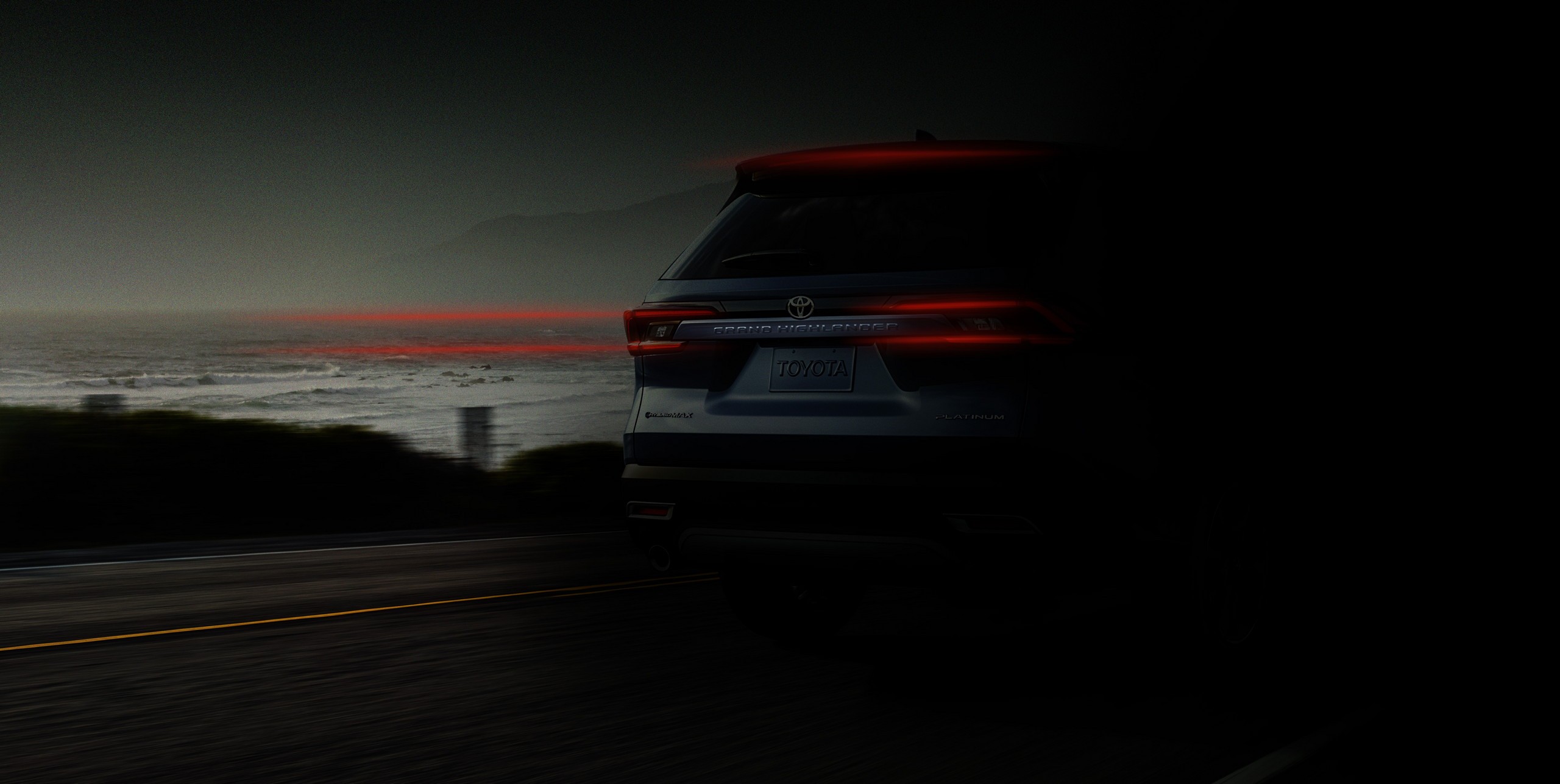 Toyota has shared an image of a full-size SUV dubbed the Grand Highlander, which will be based on the latest Highlander platform (see video) but offer more cabin length and space. The premiere is set for the Chicago Auto Show on February 8, 2023.

The only image available thus far is blacked-out, but check out the next pic in the gallery for an edited version with lifted shadows. As you can see, the tailgate is drastically different from the current design, and so are the taillights with a chrome strip running between them with the model name on it.

Also visible are the words ‘Platinum’ (the trim level) and Hybrid Max. The latter probably refers to the powertrain, but it can mean different things. The Toyota Crown Hybrid Max, for example, combines a 2.4-liter petrol engine with an electric motor for 345 PS (340 hp / 254 kW) and 542 Nm (400 lb-ft) of torque.

The Grand Highlander will be primarily targeted at the North American market, where it will slot in between the standard Highlander and the large body-on-frame SUV Sequoia.

In earlier news, Lexus patented a large SUV named the TX. It seems likely now that it is just a luxed-up Grand Highlander coming to replace the aged GX model.