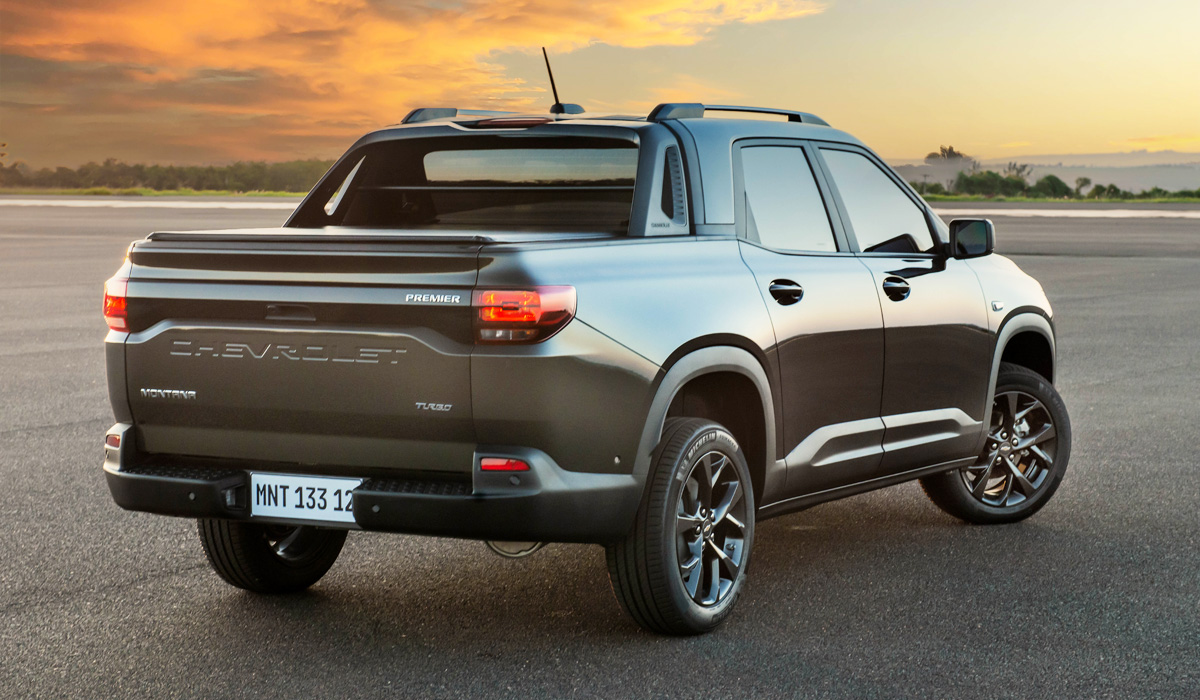 Chevrolet describes the Montana as its first unibody compact truck on record and produces it on the same platform and tech as the Tracker SUV. Pre-orders are already running in Brazil starting from 134,500 Rial (~25,400 USD).

The car is 4,720 mm long and offers 874 liters of bed space. It feature McPherson struts at the front axle and a semi-dependent beam at the rear. The exterior is typical international Chverolet fare, with a distinct radiator grille, slim headlights and a shoulder line that rises towards the back.

The automaker claims the cargo bed boasts class-leading waterproofing and comes with a top brace for extra rigidity (a paid option). Buyers can also specify roof rails with their purchase.

Inside, the Montana looks largely identical to the Tracker SUV sold in the Latin American countries. The only difference comes in the form of a new eight-inch infotainment display not available for the Tracker. The dashboard is non-digital, although you can add a small display in between the gauges for a premium.

Power comes from the same 1.2-liter three-cylinder turbo engine as the one powering the Tracker, but the company claims its torque curve was tuned for optimal pickup truck performance. The output amounts to 133 PS (131 hp / 98 kW) and 210 Nm (155 lb-ft) of torque. Right now, six-speed automatic is the only transmission available, but manual will become an option later. All-wheel-drive is not in the design.

In Brazil, the Chevy Montana will primarily compete against the Fiat Toro and the Renault Oroch.