The tuner team over at Arkonik finished restoring this 1990 Land Rover Defender “Teton” and put it up for sale at $195,000. Do you find it justified?

The off-roader wears a white paintjob with black accents being the roof, the fenders, the front bumper and the body kit. Practicality is served by a roof rack, while safety is provided for by an external roll cage. The 18-inch wheels are also new and come wrapped in BFGoodrich KO2 tires.

Perhaps the main highlight of the project resides inside the cabin. Gorgeous leather with diamond stitching covers the heated seats, and the steering wheel is rimmed with wood. A Pioneer infotainment system supports Apple CarPlay and displays the video feed from the reversing camera.

The restomod still relies on its 3.5-liter V8 to propel itself forward, but takes advantage of a suspension kit that lifts it by 50 mm (2 inches).

Russian startup company Aviar Motors has shared pictures of an “electromod” it is currently working on: a super coupe on the Tesla Model S chassis, but with the classical Ford Mustang looks. Let us delve into details.

The body makes use of lightweight compounds and tries to mimic the classical 1967 Ford Mustang appearance. Occasional carbon fiber kit elements, such as a front spoiler, a radiator grille and side skirts, spruce up the otherwise dated exterior.

Inside, the air deflectors are round, the custom steering wheel has three spokes, and the digital dashboard is also special. The vertical infotainment screen, on the other hand, gets carried over from the Model S as is.

Aviar claims that the exclusive R67 has up to 507 kilometers (315 miles) of range and retains compatibility with Tesla performance upgrades because of the same basic powertrain. Prices are still pending at this time.

Mercedes-Benz unveiled the extreme 730-HP AMG GT Black Series two weeks ago – watch the video if you missed it. The car had a massive spoiler and plenty of other stock aerodynamic parts – a new and bold move on Mercedes part. Even so, tuners immediately came up with much more badass-looking vehicles. Isn’t that what tuners are for?

The author of the photos, @rbh_q, reports that he put his AMG GT S into a unique aerodynamic suit called Custom Bodykit v2 PRO. A simple look at the pics immediately reveals that it is actually just a slightly modified DarwinPRO kit. There’s the trademark hood with a see-through window, massive fenders with gill-shaped slits for brake cooling, and sill extensions. The rear end is probably the most impressive part with its new quarterpanels, bumper, diffuser and exhaust system shaped like that of the Ferrari F430 Scuderia.

Z Performance ZP.FORGED 22 Deep Concave wheels fill out the arches measuring 19 inches at the front and 20 inches at the rear end. The rims are glossy black, and the spokes bronze.

It remains unknown whether any modifications were made inside the car or under the hood. The cost of the styling remains likewise undisclosed.

The talented Manthey Racing Team isn’t just headquartered not far from the Nürburgring, but has already won six 24-hour endurance races there. Recently, it has come out with this Porsche 911 GT3 RS tuning kit that is guaranteed to be efficient – it was tested on the ‘Ring, after all.

The majority of the components make it into the mix from a similar package MR released a few years ago for the Porsche 911 GT2 RS, the fastest road car allowed on the North Loop. Included are a rear wing with large side flaps, a carbon-fiber engine hood with a Gurney flap, front aches with gill-like air vents, and a slew of other minor elements.

Manthey Racing claims that the drivetrain and the engine stay stock because the car performs much better with the abovementioned upgrades alone. Watch the video to see what it looks like.

The talented team Novitec has presented their rendition of the McLaren GT, endowing the luxury sports car with a performance boost, a special aero kit, and new wheels.

A new body kit enhances the aerodynamic performance across the board, and forged Vossen rims with their dual spokes reduce the curb weight while measuring 20 inches at the front axle and 21 inches at the rear. A stainless-steel performance exhaust system rounds things off on the outside.

As far as the interior, customers are invited to choose any combination of leather and Alcantara they like.

The Al-Futtaim Lexus showroom in the United Arab Emirates has built a unique and powerful drift car on the RC F chassis. Ahmad Daham, the most famous professional drifter in the Middle East, helped create the vehicle which is now up for grabs.

Famous Texan tuner Hennessey Performance surprised us all this spring when it suddenly introduced a turbo kit for the Audi R8 V10 – up until then, it had predominantly dealt with U.S. automotive brands. As it turns out, that kit was much more than just an odd job.

As you probably know, the Audi R8 shares its 5.2-liter V10 with the iconic Lamborghini Huracan. So when the kit came out for one, it was only a matter of time before Hennessey made it compatible with another. And here it is!

The package is called HPE900 and raises the power output to all four wheels to 900 hp (912 PS, or 671 kW). It includes two ball-shaped turbochargers, a high-performance air intake system, two wastegates, a heat-resistant exhaust system, a racing-grade oil pump and a plethora of other pricey components. In the end, the Huracan test car hit 60 miles per hour (97 km/h) in 2.6 seconds and finished a quarter-mile run in 9.8 s.

You can pre-order the HPE900 Twin Turbo kit for all Lamborghini Huracan models released from 2015 onwards.

On the outside, the matte dark green paintjob is new, as are the aftermarket wheels. The cabin is where most of the novelty takes place, though. Dark green leather covers every imaginable surface along with grey Alcantara, and the safety belts follow the same color scheme. Winged skulls adorn the seats, and similarly Gothic themes can be seen on the doors.

Carlex stays silent about engine specs, so the stock 4.0-liter V8 TT likely still churns out its usual 585 hp (436 kW) and 700 Nm (516 lb-ft) of torque. A seven-speed dual-clutch transmission with pre-selection sends the momentum to the rear wheels.

This Mercedes-AMG GT R PRO Tattoo Edition is a one-off project, and its price is being kept secret. The standard GT R PRO starts from €212,000 in Germany, and the total production volume is 750 units.

German luxury car customizer Manhart has announced a limited run of bespoke MINI John Cooper Works GP hatchbacks. There will be both visual and technical changes.

Beek Auto Racing – another team from Netherlands and the main partner of the project – bolsters the stock engine to 350 hp (261 kW) and 530 Nm (391 lb-ft) of torque. This is mainly done via an ECU tune, but an Airtec intercooler also contributes its part.

Bespoke interior makeover is also on the list, which only leaves out the suspension. AST Suspension is said to be working on a viable aftermarket suspension kit for the Mini JCW GP, but no release has been made yet.

Performance tuner Pogea Racing has come out with its latest project: a McLaren 570S turned into a beastly supercar with 666 horsepower (490 kilowatts) under the hood.

As evil as it gets: Custom Mercedes-Benz AMG GT S puts the Black Series to shame

Novitec works its tuning magic on the McLaren GT

Pogea Racing conjures the McLaren 666S into our dimension

Tuning do carro14-08-2020 17:30
U.S. tuner Hennessey Performance has recently boosted a Lamborghini Urus to 750 hp (559 kW) and was looking for a worthy opponent to test it against when this Rolls-Royce Wraith turned up. Talk about unconventional choices!
Comentários 0

Tuning do carro14-08-2020 17:00
A little over a month ago, Mansory released an ultra-opulent version of the latest Ford GT to celebrate 30 years in business. Called Le Mansory, the car did not have a publicly available price tag. However, one out of only three units built has recently gone up on sale priced at €1,800,000 including taxes.
Comentários 0

Rever14-08-2020 16:30
It remains open what kind of car is hiding behind that name, but fan theories are worth considering as always.
Comentários 0

Rever14-08-2020 16:00
The Chinese office of Tesla is currently looking to hire a chief designer, a creative director, a copywriter, a video editor, a software department manager and a design manager. There is a teaser pic attached to the announcement.
Comentários 0

Is Mercedes-AMG GT aiming to become the king of the Nürburgring?

Fotos espiãs14-08-2020 15:30
The state-of-the-art Mercedes-AMG GT Black Series only debuted a month ago, and the engineering department keeps polishing it to this day. If this disguised prototype locked away in the Nürburgring box area is any indication, the German carmaker may want to try and set an absolute record on that track in the “Production Car” category.
Comentários 0

Fotos espiãs14-08-2020 13:30
It is going to be five years or longer before Ferrari unveils a full-fledged EV – but the Italian luxury carmaker is already testing various hybrid solutions. The latest specimen spotted on the Fiorano Circuit looks like a mid-engined V6 coupe.
Comentários 0

Next-gen Subaru BRZ comes out for a test drive

Fotos espiãs14-08-2020 13:00
A couple of weeks ago, Subaru said it was discontinuing the BRZ coupe (see video) that it had produced for nearly nine years at the same factory as its technical sibling, the Toyota GT86. Judging by the latest spy photos, however, the second generation should be coming up soon.
Comentários 0
últimas notícias
New Ford Bronco accessories target fishers and active leisure lovers
14-08-2020 12:30
Comentários 0
Toyota alters its Corolla Cross slightly for Vietnam launch
14-08-2020 12:00
Comentários 0
VW to launch traction battery production in the USA
14-08-2020 11:30
Comentários 0
TODAS NOTÍCIAS 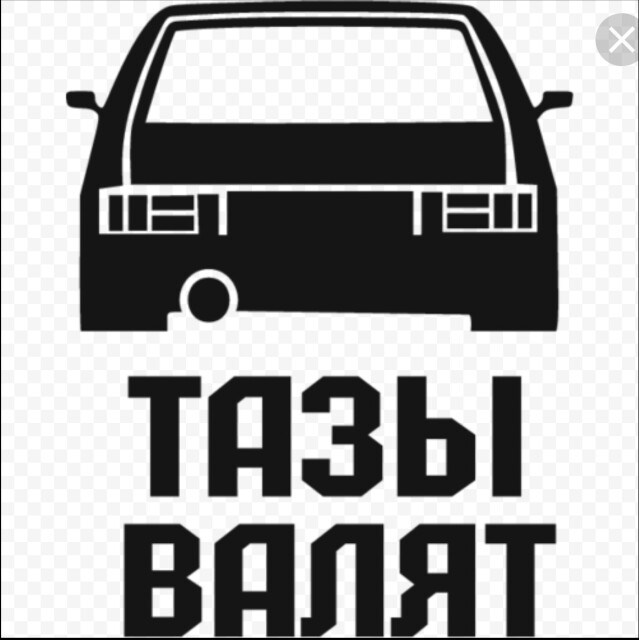 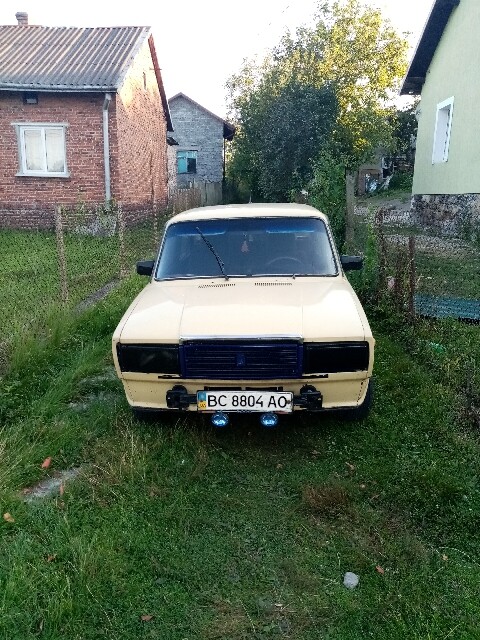 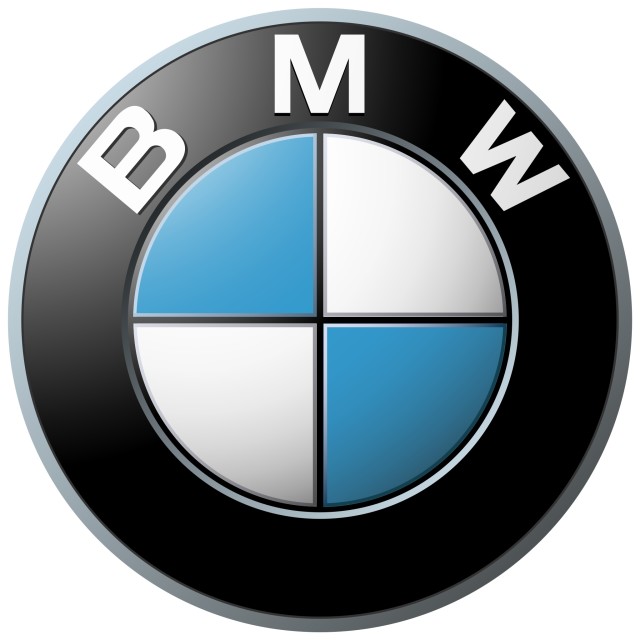