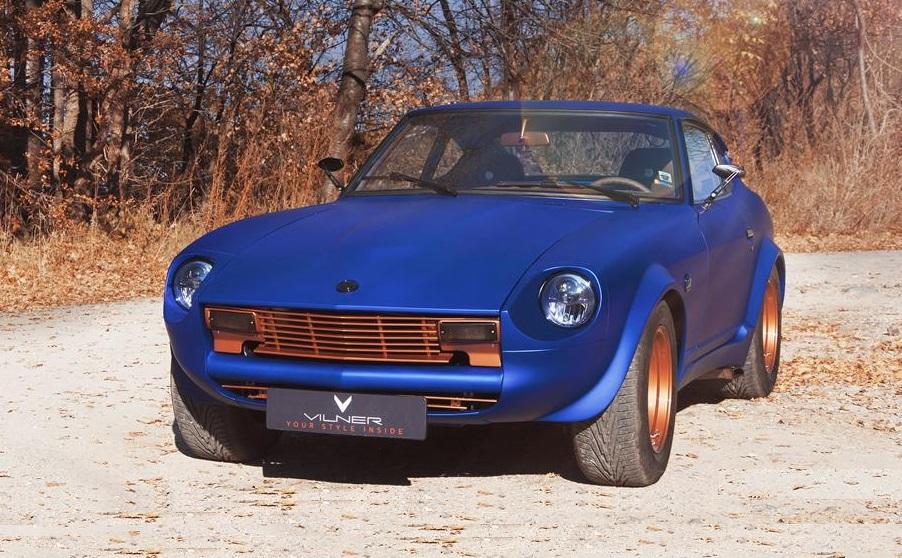 Bulgarian tuner Vilner has never failed to impress us with its unique and fascinating projects. The team took the wraps off another masterpiece: a restored and modernized 1976 Datsun 280Z, also known as the Nissan Fairlady Z.

The tuner repainted the originally golden car matte blue, installed modern LED lights in front and in the rear, added stainless-steel exhaust pipes running down both sides, and removed or otherwise painted over all originally chrome-coated parts to give it a more contemporary look.

The team decided against replacing the superb factory wheels, instead wrapping them in Vredestein tires and bringing the car 20 mm closer to the ground by means of Eibach sport springs.

The RWD vehicle also got to keep its stock 2.8-liter inline 6 engine manufacturer-rated at 170 hp (127 kW) and 240 Nm (177 lbft) of torque. That said, Vilner still replaced all outdated or worn-out drivetrain components.

On the inside, the unique 1976 Datsun 280Z sports premium leather upholstery with numerous blue accents such as the seat belts, the seats, the center tunnel and the floor mats.

Rounding off the tuning are numerous Vilner logos and inscriptions saying “20 Years Vilner Studio” found throughout the car’s body and interior.