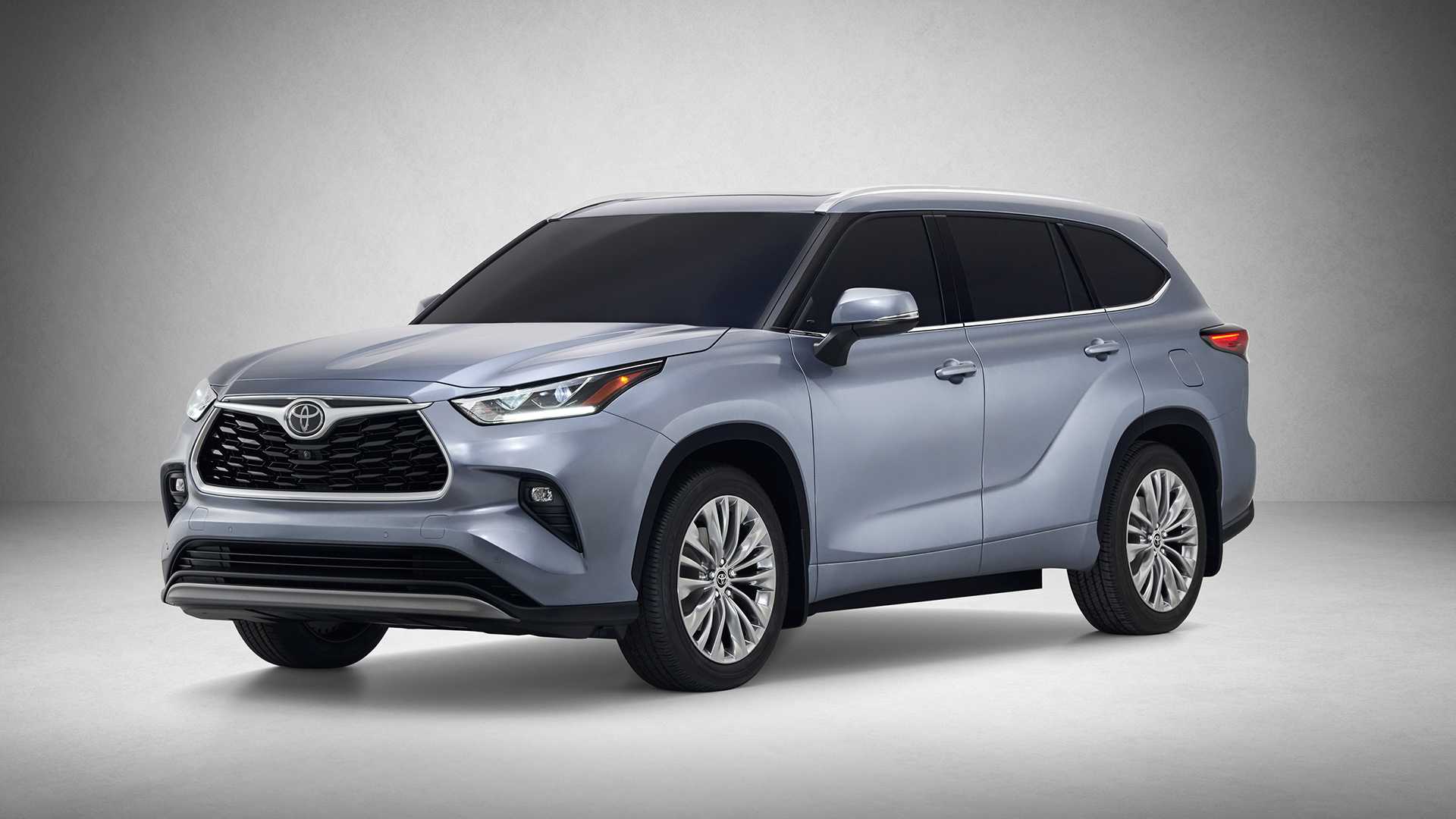 Toyota has taken the wraps off its next-generation Highlander SUV on the opening day of the 2019 New York Auto Show. The car will arrive at U.S. dealerships in December 2019 in five different trim versions: L, LE, XLE, Limited, and Platinum.

The fourth generation shares the TNGA platform with the latest RAV4, Avalon, and Camry. Compared to its predecessor, the new Highlander is 60 mm (2.4 inches) taller. It offers 456 liters (16.1 cubic feet) of trunk space with all seats up, expandable to 2,000+ liters (70+ cu. ft.) with two out of its three seat rows folded down.

On the outside, the updated car sports revised bumpers, a black radiator grille, numerous chrome accents, new LED lighting, a panoramic glass roof, and wheels available in 18 and 20 inches. Overall, the new exterior design leans a bit towards that of the latest RAV4.

The cabin boasts genuine leather upholstery and houses an up-to-date multimedia system, ambient lighting, a wireless phone charger, and a high-end audio system that incorporates 11 speakers. The car ships with an 8-inch touchscreen display by default, but the more expensive trims offer a 12.3-inch alternative.

The Toyota Highlander comes equipped with a 3.5-liter V6 gas engine rated at 295 hp (220 kW). An eight-speed automatic transmission is used to deliver that power to the wheels. Toyota promises to launch a hybrid version later, which would incorporate a gas engine and two electric motors for 240 hp (179 kW) total output.